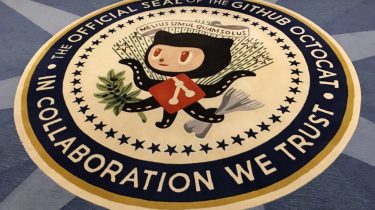 If you build or maintain software, you’re familiar with GitHub. Millions of developers rely on the massive code repository for everything from source code management to version control and team collaboration. But what’s it like to work there? Specifically, how much do GitHub’s engineers earn in exchange for smoothly maintaining the world’s largest host of source code?

For an answer, we can turn to levels.fyi, which crowdsources data about software engineer compensation at some of the world’s most prominent companies. And what we found was pretty interesting: GitHub’s senior software engineers make an extremely hefty salary in comparison to Google, Facebook, and Microsoft, which have a reputation as some of the highest-paying companies in tech.

How accurate is levels.fyi? Crowdsourcing isn’t the most scientific means of determining anything, especially when the sample sizes are relatively small. However, when we consult Glassdoor, which also crowdsources compensation data, we can see that it backs up levels.fyi’s claims of high engineering salaries. According to Glassdoor, the average base pay for all software engineers at GitHub is $159,072, with additional cash bonuses of $5,481 (remember, that includes junior as well as senior engineers).

As a company, GitHub has an interesting history. For years, it embraced a “flat” or “boss-less” organizational structure, without the tiers of middle managers that define many companies. However, this approach led to problems, such as claims (according to Wired) that the flat structure shielded some misbehaving employees from corporate scrutiny. As much as technologists sometimes buck against the perceived tyranny of management, organizational structures can help create and maintain a culture of accountability (if done right).

GitHub introduced more management into its organization, making it more “traditional.” In 2018, it took another huge step when it allowed Microsoft to acquire it for an eye-popping $7.5 billion. Advocates of open source felt the move was catastrophic, given Microsoft’s long history of attempting to squish Linux and open source; the tech giant’s history with acquisitions, including Skype and Nokia, is also pretty mixed. But so far, Microsoft seems determined to convince the tech world that its intentions around open source are good.

On a surface level, it’s clear from levels.fyi’s data that GitHub is more than happy to pay its software engineers a solid salary in a competitive market. After all, it probably doesn’t want those same engineers, with their priceless knowledge of building and maintaining systems at scale, to flee to the likes of Google or Facebook. As always, a specialized skill set will get you paid.