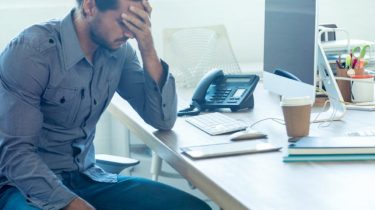 DevOps is a culture, a philosophy that is being practiced by many companies around the world to increase the productivity, reduce costs, and boost the company’s overall revenue. DevOps as a philosophy is fundamentally a change of process—a paradigm shift. Now, such a change may or may not be acceptable to many. If this change is accepted, DevOps will succeed; otherwise, it will fail. This article attempts to highlight the reasons due to which DevOps can fail and the strategies that can be adopted to prevent such failures.

Preventing DevOps Failures
Applying the principles of DevOps—such as automated testing, integrated configuration management, and continuous integration—can initially become a challenge in any organization. Transitioning to DevOps in an Enterprise is a cultural shift; there are certain points that should be considered to ensure that this shift is a success. Many a time, this change can fail. But, let’s now go to the heart of the problem. Why can DevOps fail? Well, here’s a list of a few reasons why DevOps can fail.

Lack of Proper Visibility
Lack of visibility is an apparent issue in many organizations where the teams work in silos sans a good collaboration amongst them. However, when such teams work in silos without proper collaboration and coordination amongst them, there is a limited scope of the project’s visibility. In doing so, the project’s failure (if any) is brought to light at a much later stage and it becomes a risk.

Other Reasons
Setting unrealistic goals can be another reason for the failure of DevOps. A proper planned training program is imperative for the team members to understand the new culture shift, its benefits, and why it is needed in the organization. You should set the goals realistically; initially, you would observe some sluggishness although it is common and should not be thought of as a failure of DevOps at all. Another important point to consider is risk assessment. Failure to account for risk can become fatal if you are attempting to bring DevOps in your organization.

Metrics should be defined and evaluated to analyse the impact of this change. Your organization should adopt the proper tools and technologies in this regard, too. You shouldn’t run DevOps in an enterprise sans metrics. A planned way to capture metrics when running DevOps enables you to know the changes in release process, automation, infrastructure, and so forth, that DevOps has brought it. The point here is that when your enterprise has invested in implementing DevOps, you should have adequate data to let you and your enterprise be aware of the success or failure of this change. You should check the data periodically and assess the impact of the change thus far.

Summary
You should remember that DevOps is a cultural, process, and an organizational shift. Embracing this change will need some time and strong leadership is needed in an organization to ensure that this shift is seamless. This article presented a discussion on the reasons for DevOps failures and how to overcome them. Happy reading!