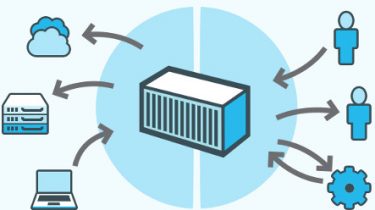 “Despite making up a relatively small portion of the overall cloud-enabling technologies market, application containers will see the fastest growth compared to other segments, with an estimated CAGR of 40% through 2020,” the report said.

When asked about the significance of these findings, Jay Lyman, a principal analyst for cloud management and containers at 451 Research, echoed statements in the report that application containers are undergoing a remarkably rapid adoption by enterprise developers. Lyman said the percentage of enterprises using application container software, such as Docker, and even system container software, like LXC, for production rivals those of disruptive technologies that have had more time to mature, such as software-defined storage and software-defined networking. The report also indicated adoption of containers is outpacing the adoption of OpenStack and other adjacent trends, such as platform as a service and DevOps.

Drivers for adoption
Lyman indicated three major drivers are pushing the rapid adoption of containers: speed, efficiency and increased use of cloud computing.

According to Lyman, reports indicated application containers have enabled enterprise development teams to move faster, not just in terms of application configuration and deployment, but also project management. He said development teams have found containers particularly useful when onboarding new developers and speeding up the time it takes to get them working on new projects.

Lyman also said the efficiency that can be achieved with containers is also making it attractive to enterprises, helping business more easily achieve the consolidation goals they have traditionally been pursuing through the use of virtual machines. He said containers offer enterprises a way to “carve up” existing server hardware in a way that is even more finite than virtual machines.

Lyman said the emergence of application container technology has benefitted from an increase in the use of cloud computing within the enterprise, something he said is still very much on the rise based on 451’s research. He added that containers have provided what enterprises have lacked thus far: a standard for packaging and deploying applications in the cloud.

“Docker emerged on the scene in the market at a time when enterprises were kind of looking for that standard way,” Lyman said. “And containers are one good way to do that. So, there is definitely synergy with cloud computing in general.”

Chris Tozzi, a DevOps analyst at Fixate IO, based in Livermore, Calif., said while the numbers around the adoption of application containers for use in enterprise-level production are encouraging, he would still like to see reports like this define production with “more precision.” Tozzi said he felt the report does not necessarily distinguish which percentage of organizations are using containers for small-scale internal production or large-scale, business-critical production. He added that hopes to see more developers moving beyond using containers for internal development and to move into more business-critical areas.

“What would be interesting to see is [application containers like] Docker used in massive way for production workloads, which would mean customer-facing or at least business-critical production environment,” he said.

Tozzi also said he would like to see reports like this give a more defined image of the types of applications that organizations are putting into production via containers, adding that he would like to know which percentage of production workloads overall companies are running in containers.

“That’s a big gray area,” Tozzi said. “Depending on the type of application you’re talking about, it could be really simple to fit into a container, or it could require an entire application redesign.”

“Through 2015 and 2016, we saw relatively rapid movement beyond … those type of proof of concepts and initial projects to actual production as well,” Lyman said.

Developers still getting comfortable
Tozzi said the report does reiterate what other reports and research has indicated in that enterprises and developers are clearly very interested in the use of containers. However, he said while developers are in fact embracing Docker, there are plenty of developers who are still in the early adoption phase.