Is DevOps really that different from Agile? No, says Viktor Farcic [Podcast] 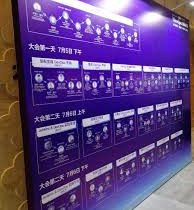 No one can seem to agree on what DevOps really is. Although it’s been around for the better part of a decade, it still inspires a good deal of confusion within organizations and across engineering teams. But perhaps we’re all over thinking it?
To get to the heart of the issues and debates around DevOps, we spoke to Viktor Farcic in the latest episode of the Packt Podcast. Viktor is a consultant at CloudBees, but he’s also a prolific author, having written multiple for books for Packt and other publishers. Most recently he helped put together the series of interviews that make up DevOps Paradox, which was published in June.

In the podcast, Farcic talks about a huge range of issues within DevOps. From the way the term itself has been used and misused by technology leaders, to its relationship to containers, cloud, and serverless, he provides some clarifications to what he sees as common misconceptions.

What’s covered in the podcast: