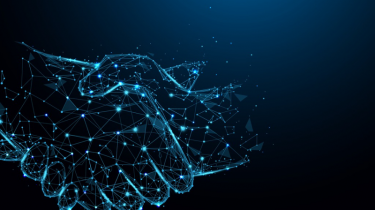 Meet Cypherium. The New York-based blockchain startup is partnering with Google Cloud – making it the third major cloud provider to secure a deal with the company.

The company’s goal is to provide an enterprise-ready blockchain platform which promises up to 5,000 transactions per second. Scalability continues to be a concern for organisations looking to utilise blockchain technologies, and is seen as a determining factor in why a pronounced gap remains between pilot projects and production for blockchain in the enterprise.

The collaboration with Google Cloud, in which Cypherium will join the technology partner program, is to ‘provide enterprises with a full-stack solution to harness the potential’ of distributed ledger technologies (DLTs), in the words of co-founder and CEO Sky Guo.

“The growing demand in the market for DLT solutions in the financial industry and beyond drives our commitment to this collaboration,” said Guo in a statement. “Cloud customers can rest assured that the blockchain solutions they implement using Cypherium Enterprise are clad in robust security, and capable of delivering rapid transaction speeds for its smart contracts and achieving fast data processing from its Java virtual machine.”

Cypherium had previously partnered with Amazon Web Services (AWS) and IBM Cloud. The former was announced in May with Cypherium joining the AWS Marketplace. The startup took pains at the time to confirm the partnership’s validity in a Medium post. “Cypherium is functional and innovative technology that has practical solutions to problems across a number of industries, and for that reason alone, it distinguishes itself,” the company wrote.

This is not something which Cypherium alone is tackling; as sister publication The Block has covered, the Telos Foundation has claimed a current record of 12 million transactions across 24 hours. Douglas Horn, architect at Telos and author of the company’s whitepaper, outlined the rationale for organisations. “Until the network’s there, built and active, that it can be rolled out on, nobody’s going to roll out, because they’re dooming themselves to failure,” said Horn.

“Google Cloud and Cypherium are bound by a perpetual need to innovate,” Guo added. “The future of commerce and blockchain are inextricably linked and we are well-positioned to leverage Google Cloud’s expansive resources and best-in-class infrastructure to accelerate the use of the technology to solve real-world problems faced by businesses today.”