Docker is in deep trouble 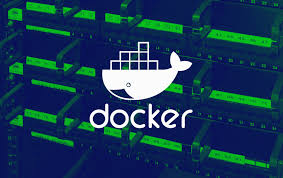 Docker, the technology, is the poster child for containers. But it appears Docker, the business, is in trouble. In a leaked memo, Docker CEO Rob Bearden praised workers — despite the “uncertainty [which] brings with it significant challenges” and “persevering in spite of the lack of clarity we’ve had these past few weeks.”

Indeed, Bearden opened by saying: “We have been engaging with investors to secure more financing to continue to execute on our strategy. I wanted to share a quick update on where we stand. We are currently in active negotiations with two investors and are working through final terms. We should be able to provide you a more complete update within the next couple of weeks.”

Docker has already raised $272.9 million, but the company hasn’t been profitable. It’s venture-capitalist supporters — ME Cloud Ventures, Benchmark, Coatue Management, Goldman Sachs, and Greylock Partners — which have seen it through Series E financing, can’t be happy, that after almost six-years, Docker still isn’t close to an IPO.

While the previous CEO, Steve Singh, promised in May 2019 that Docker would be cash-flow positive by the end of this fiscal year, that appears not to have been the case. Otherwise, Docker wouldn’t need to seek additional capital.

Actually, Docker’s been in trouble for a while now.  There have been rumors that the company might be acquired.

But its core problem is the same one it has had for a while now: Docker doesn’t have a viable business plan.

That sounds good, but since everyone else has jumped on the Kubernetes bandwagon as well, it’s hard to see what Docker has to offer that others can’t provide.

Docker also hasn’t made any friends in the open-source community. Investor and technologist Ben Kepes tweeted: “Docker was a victim of its own arrogance and Hubris. They thought they could create a walled garden off the back of an OSS project and failed to see there was no obvious way to scale revenue from their model.”

Docker also made some technical decisions early on with the Docker program, which left others cold. Red Hat, for example, replaced Docker, with its single large daemon, which required root access with the smaller and more secure podman and buildah. Docker, starting with Docker 19.03, has finally made it possible to run Docker without being the root user, but it’s still an experimental feature.

Without a broad open-source community and a flawed — to my mind — Kubernetes-dependent business plan, I see dark times ahead for Docker.