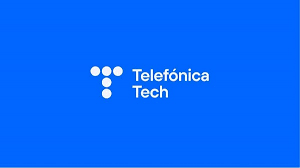 Telefónica is looking to increase automation and drive new revenues with cloud-based SA 5G platforms. In Brazil, the work with AWS means the operator’s Vivo brand has a way to build out 5G more quickly and introduce new network processes – with Telefónica calling out Continuous Integration, Continuous Deployment, and Continuous Testing (CI/CD/CT).

“Thanks to this project, Telefónica has reached a clear milestone in its 5G plans in Brazil and also for its deployment strategy in the group, where cloud native 5G platforms allow a wide range of private and public infrastructure options,” said Cayetano Carbajo, director of Core, Transport and Service Platforms for Telefónica’s global CTIO team, in a statement.

Testing by Telefónica’s Vivo brand demonstrated functionality, onboarding and spinning up network functions over AWS, in both the AWS South America Region and on-prem data centers via AWS Outposts.

The tests showed that Telefónica’s Vivo can build its 5G core on AWS going forward, as one of the latest operators looking at cloud infrastructure for standalone 5G.

In the U.S. Dish Network is building out a brand-new SA 5G network with open radio access network (open RAN) architecture and using AWS to host, the first major telco to do so. Mavenir, Nokia and Oracle are suppliers for its 5G core.

Fabio Cerone, managing director of EMEA Telco for AWS, in a statement expressed excitement that Telefónica’s Vivo validated AWS Outposts “as one of their best options” for deploying a 5G core network.

“With the option to build their 5G Core on AWS, Telefónica is opening the door to leveraging AWS’s breadth and depth of cloud services across their on-premises locations,” Cerone continued. “With AWS, Telefónica can fully automate their network and dynamically scale and allocate their 5G network capacity to meet the needs of their business and consumer customers.”

Verizon also is working with AWS in the U.S., tapping the cloud player for mobile edge compute efforts.

Speaking earlier this week at a J.P. Morgan investor conference, Verizon CEO Hans Vestberg talked about the partnership with Amazon and how the carrier is creating applications for customers seeking super low latency and ultra-high throughput – both with public and private 5G MEC.

“There are other companies that are thinking about offloading their software, their radio technology and being run on a cloud infrastructure. That’s a different way,” Vestberg said, according to transcript. “We are virtualizing our networks as well. But we’re not doing it on standard cloud infrastructure.”

That’s one of the big differences, he said, between Amazon’s efforts with Verizon versus with Dish