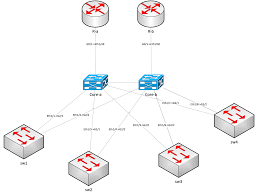 An introduction to network automation with Ansible

Source:-searchnetworking.techtarget.com Ansible is an automation language, as well as the name of its underlying automation engine. Network automation with Ansible is attractive because of its simplicity and ability to interface with network equipment. Ansible is easy to learn, which enables users to be productive quickly. Complex tasks require users to incrementally learn more about Ansible’s configuration, something network engineers are accustomed to doing. The Ansible documentation is well written, and numerous online tutorial documents and videos are available to aid