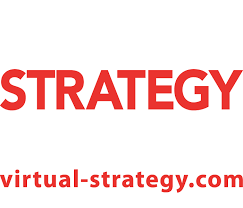 CloudBees, the enterprise software delivery company, has shared results from a study conducted on its behalf by Forrester Consulting which revealed organisations with a high level of software delivery maturity are three times more likely to grow at 15% or more annually. Conversely, those not modernising their software delivery processes face increasing roadblocks that limit growth, slow DevOps transformations and expose security and risk vulnerabilities.

“The organisations that unravel the complexities of the software delivery process exceed business objectives and grow revenue faster than those that do not,” said Stephen DeWitt, CEO at CloudBees. “Those that don’t, face issues with collaboration and communication across their organisations which can lead to siloed development, delivery bottlenecks and ultimately, customer dissatisfaction. It’s like driving on a dirt road instead of a four-lane highway to achieve your goals. You can get where you’re going faster and with fewer pot-holes along the way.”

The study, Modernizing Software Delivery with End-to-End Automation, Orchestration and Collaboration, was commissioned by CloudBees and is based on a survey of 317 IT decision-makers.

According to the study, ‘Organisations that pair delivery automation capabilities with effective collaboration practices see more successful Digital Transformations and exceed business expectations at a higher rate than those that cannot. Software delivery maturity is correlated with improved market share, user adoption, innovation and customer loyalty.”

Organisations that reach high levels of software delivery maturity also generate continuous business benefits. According to the study, they are more likely to:

Not quite continuous deployment: Just 27% of respondents said that they practice continuous deployment with automation from commit through testing, build/integration, package and final release.
Risky business: Only 25% rate their governance, risk and compliance (GRC) capabilities for software delivery as very mature, with 40% saying they are not mature.
Status unknown: Fewer than three in 10 high-maturity respondents say they have all the information they need in a single study to understand software release status, dipping to a woeful 2% for low maturity.
Finding bottlenecks: Fewer than half of high-maturity respondents, and only one in 10 low-maturity, can pinpoint the bottlenecks in their delivery processes in order to fix them.