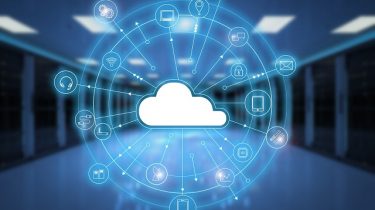 Nuance’s technology includes a conversational AI tool versed in specialised medical terms, freeing physicians from note-taking, and allowing better patient-physician interactions in person or in the telemedicine appointments that have taken off during the pandemic, executives said.

Nuance’s programme “has completely redefined clinical documentation by capturing and contextualising every words of the physician/patient encounter and automatically documenting it,” said Microsoft Chief Executive Satya Nadella during a briefing Monday.

Nuance’s technology is used extensively in medical records and is currently employed in more than three-quarters of US hospitals, Microsoft said in a news release. The transaction is all-cash and the sum includes Nuance’s net debt.

Nuance’s technology is currently used by more than 55 percent of physicians and 75 percent of radiologists in the United States. Microsoft said the deal would double its potential healthcare market to nearly $500 billion (roughly Rs. 37,53,880 crores).

This acquisition builds on the existing partnership between the two companies, which have been collaborating since 2019 in telemedicine, a sector whose growth has been spurred exponentially by COVID-19 lockdowns around the world.

“Nearly any professional service could benefit from real-time engagement converted into material intelligence that drives actions,” Guthrie said during an investor presentation.

“Every customer I talk to is looking to make the right decision at the right time for all of their stakeholders.”

‘No brainer’
The deal comes on the heels of Microsoft’s 2016 purchase of LinkedIn for $27 billion (roughly Rs. 2,02,620 crores) and represents “the latest step in Microsoft’s industry-specific cloud strategy,” the company said.

Like other technology heavyweights, Microsoft has been a big beneficiary of the economic dislocations during COVID-19.

The company’s earnings jumped by 33 percent in the latest quarter to $15.5 billion (roughly Rs. 1,16,320 crores) and included a boost from cloud computing and personal computing, including its Xbox video games.

Wedbush analyst Daniel Ives called the Nuance tie-up a “trophy” deal for the company founded by Bill Gates, which is on a “strategic offensive” in search of targets to buy.

“For Nadella & Co, this is the right acquisition at the right time with Microsoft doubling down on its healthcare initiatives over the coming years,” he said in an analysis. “The Nuance deal is a strategic no brainer in our opinion for MSFT and fits like a glove into its healthcare endeavors.”

Based in Burlington, near Boston, Nuance was founded in 1992 and specialises in conversational artificial intelligence solutions, particularly in the healthcare sector.

Ives said Microsoft is on the hunt for more acquisitions and this deal “could be the first step in an increased appetite for deals in 2021 with Discord (video game chat community) another potential trophy for Redmond.”

It comes just a few months after the takeover of ZeniMax, the parent company of video game publisher Bethesda Softworks, for $7.5 billion (roughly Rs. 56,300 crores) in September.