Docker, once worth over $1 billion, tells employees it’s trying to raise cash amid ‘significant challenges’ 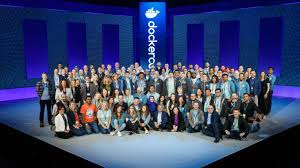 Docker, a one-time highflier in business software that reached a $1 billion valuation in 2015, is struggling mightily these days as it tries to raise some much-needed capital.

Rob Bearden, who was named CEO in May, wrote an email to employees this week thanking them for “persevering in spite of the lack of clarity we’ve had these past few weeks.” In the note, which was viewed by CNBC, he told his staff that more cash is hopefully on the way.

“As shared at the last All Hands, we have been engaging with investors to secure more financing to continue to execute on our strategy,” wrote Bearden, who was previously CEO of Hortonworks before the company merged with rival Cloudera last year. “I wanted to share a quick update on where we stand. We are currently in active negotiations with two investors and are working through final terms. We should be able to provide you a more complete update within the next couple of weeks.”

While Docker may be able to secure additional capital, it’s yet another company that finds itself in an ominous position after raising mounds of cash during the heady days earlier this decade. When Bearden joined in May, he became the fourth CEO and the third since 2017, replacing Steve Singh, a former senior executive at SAP. Docker’s founder Solomon Hykes left the company last year, and Mariana Tessel, the executive vice president of strategic development, departed in 2017 for Intuit.

Docker popularized the use of technology called containers to package up source code so that developers could easily move their applications around from laptops to servers and to the cloud. Administrators use containers on servers as an alternative to the virtual machine technology that helped VMware become a dominant force in the data center.

Despite its widespread use, Docker’s core software is open source, so anybody can download it for free and tinker with it. The company sells products to help businesses manage their deployments, but revenue hasn’t taken off in a way that mirrors high-value subscription software players.

Cloud infrastructure providers like Amazon and Microsoft have introduced services that can run containers on their servers. Google released the Kubernetes open-source software for managing clusters of containers in 2014, and that technology has integrated with products from IBM’s Red Hat and VMware.

Other modern open-source models have proven to be more successful than Docker. Elastic and MongoDB have gone public in recent years and are each worth more than $5 billion, thanks to successfully building proprietary tools that customers need in order to get the best use out of the software. MongoDB generated over $260 million last year and Elastic topped $270 million.

Docker has raised more than $200 million in funding, including the $95 million round four years ago that included participation from Goldman Sachs. High-profile Silicon Valley firms Benchmark, Sequoia Capital and Greylock Partners are also backers, helping the company achieve a $1.3 billion valuation in 2017.

The San Francisco-based company has around 500 employees, according to LinkedIn data.

Here’s the full email from Bearden to his staff:

As shared at the last All Hands, we have been engaging with investors to secure more financing to continue to execute on our strategy. I wanted to share a quick update on where we stand. We are currently in active negotiations with two investors and are working through final terms. We should be able to provide you a more complete update within the next couple of weeks.

I realize that uncertainty brings with it significant challenges, and I want to thank each of you for persevering in spite of the lack of clarity we’ve had these past few weeks. Great job to the field and everyone who has helped get the word out about the “Now” as the product and engineering teams have been hard at work on the “Barracuda” release.

I appreciate everyone’s focus, dedication, and support to continue driving the business forward.

I ask that you please keep this confidential and internal only. We will make a more public statement when all of the processes have been finalized.