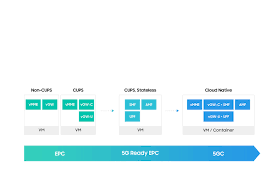 Casa Systems partnered with Google Cloud to make it possible to integrate the company’s cloud-native 5G standalone core with a hyperscaler public cloud. The advantage of this type of integration, according to Casa, is that it makes it possible to deliver ultra-low latency applications even when the control plane and user plane are separated by hundreds of miles.

Casa said its engineers worked closely with engineers at Google Cloud’s ISV/SaaS Centre of Excellence to field test the solution. The field test demonstrated that it’s possible to separate the control plane and user plane of Casa’s cloud-based 5G SA core across hundreds of miles while still delivering a latency of just 10 milliseconds.

Casa said that during the field test it deployed its 5G SA core in multiple locations and placed the control and user plane functions at different locations. In this case, the control plane was located in Google Cloud’s North Virginia Region and the user plane was placed in Casa’s Andover, Massachusetts, facility.

Casa added that there are other advantages to using the hyperscale public cloud with a 5G SA core. For example, this type of integration will also make it possible for service providers and enterprises to provision services that are deployable anywhere —from the network edge to public clouds, private clouds, and carrier networks.

But Casa Systems isn’t the only company working with a hyperscaler to deliver a cloud-native 5G core. Nokia announced earlier this year that it had teamed with Google Cloud to jointly build cloud-native 5G core solutions for service providers and enterprises. And like Casa Systems, Nokia is also working with Google Cloud’s Anthos for Telecom solution, which is a platform Google built specifically for delivering workloads to the network edge on Google Cloud.

Cloud-native networking is gaining traction with telecom providers because it makes it possible for them to develop applications faster and scale them to a much larger number of subscribers than is possible with traditional applications. Cloud native applications also require less management and have lower operational costs.

Although some operators may move to 5G SA without the benefit of a cloud-native architecture, many experts view having a cloud-native network as being critical to 5G and without it, operators won’t be able to take full advantage of 5G standalone networks.