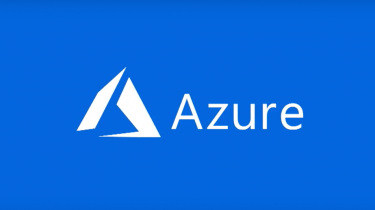 Earlier this week Microsoft updated the terms for its on-premises license transferring to hyper-scale clouds and the change has given its rivals some new ammunition in their war for cloud service provider supremacy. We’re updating the outsourcing terms for Microsoft on-premises licenses to clarify the distinction between on-premises/traditional outsourcing and cloud services and create more consistent licensing terms across multitenant and dedicated hosted cloud services. Beginning October 1, 2019, on-premises licenses purchased without Software Assurance and mobility rights cannot be deployed with dedicated hosted cloud services offered by the following public cloud providers: Microsoft, Alibaba, Amazon (including VMware Cloud on AWS), and Google. They will be referred to as “Listed Providers. Putting a finger on the pulse of the industry, it would appear Microsoft’s new Azure licensing decision is the penultimate move dooming the company’s cloud business according to its competitors as Google’s Cloud President Rob Enslin and Amazon CTO Werner Vogels who have chimed in to condemn the latest restrictions.

While Enslin was a bit more pedantic in his criticism of Microsoft, Vogels lays out a more damning “bait and switch” argument via his Twitter handle with Amazon Web Services vice president Sandy Carter taking to LinkedIn to elaborate the point.

However, the reality is slightly different than how it’s being painted by Amazon and Google at the moment. Yes, Microsoft’s new restrictions make it more expensive for clients to traverse between cloud providers, but the licensing change, according to the company, is due in part to the number of new services it is rolling out to customers and the increased competition in the market.

An unintended consequence of the new licensing rule is that it would make actually make it less expensive for customers to run Microsoft’s software on their own cloud instead of opting to Frankenstein a solution on AWS of Google Cloud.

As cloud and infrastructure lead at Credera Ben Mead summarizes the decision to CRN, Microsoft is actually introducing a complexity that, in the end, will allow not only itself but its competitors a chance to upsell IaaS workload migrations, which should be a win-win for all providers.