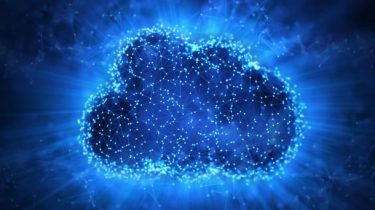 The Boston Celtics were bounced from the NBA’s Eastern Conference semifinals by the Milwaukee Bucks in May, but the storied basketball franchise is always in the game for Mission.
The Los Angeles-based MSP, which became the Celtics’ official cloud services provider this year, has guided the team in its cloud computing initiatives since 2010.
The Celtics had hired G2 Tech, which merged with Reliam and Stratalux to form Mission in 2018, to orchestrate the migration from its physical on-premises servers to the Amazon Web Services cloud.
The data-driven Celtics were early adopters of AWS, according to Glenn Grant, who led G2 Tech and now is president of Mission’s Eastern U.S. division.
The team wanted to make it easier and quicker for coaches and other Celtics employees to access game and player data, applications and other systems used for strategizing, while remaining lean with its own in-office information technology headcount and physical footprint.
“I introduced them to the AWS platform for a couple of use cases,” said Grant, who had worked with the Celtics prior to 2010. “That’s how they began their cloud journey.”
Mission, an AWS Advanced Consulting Partner, provides the Celtics with managed DevOps, cloud management, around-the-clock cloud monitoring and ongoing cloud consulting.
Grant’s initial pitch to the Celtics, before the cloud became a go-to solution, was around its basketball analytics platform.
“It was still back when people made a lot of purchases in hardware,” Grant said. “They were early on in their basketball analytics program, and they were looking to take it to the next level with compute power.”
Celtics Chief Technology Officer Jay Wessland was trying to justify spending hundreds of thousands of dollars for needed server hardware that was going to be used for only a fraction of the time, according to Grant.
“I said, ‘Hey, I’ve actually got a great solution for you—this thing called Amazon Web Services, and we can use really big, high-performance compute platforms, big servers, for as little or as long as you need them to crunch the numbers,” Grant said.
Mission created a virtual private cloud in Amazon and connected it with a point-to-point virtual private network to the Celtics’ Boston offices and practice facility used for disaster recovery.
“We created a permanent, long-term infrastructure and expanded their data center to the cloud,” Grant said.
The Celtics are using the platform to analyze data on player statistics, what players should start, how matchups look against different opponents, determining trades and other uses.
“It’s kind of their secret sauce, so they’re a little tight-lipped about exactly what they’re doing,” Grant said. “They ingest a ton of data from the NBA and some from various other sources. The NBA actually provides them with very, very granular data about the position of the ball and every player. So they get some pretty deep data analysis.”
NBA coaches a few years ago pushed hard for real-time access to that data courtside during games, according to Grant, but using it in real time is another story.
“When they’re in the heat of battle, they’re playing basketball,” he said. “They’re coaching, and they’re playing, and they’re not looking at computer screens. It just goes back to people play basketball, computers don’t play basketball. They really use it in between games and not so much real time. They’re more focused on the players and how they’re playing and how the opponents are playing than statistics at that point.”
Mission has worked with the Celtics to continually improve its AWS cloud environment to bolster its robustness, reliability and security, according to the company.
“Their organization has been around for quite a long time, so we helped them really move from the waterfall software development approach to an agile software development approach,” Grant said. “And we’re continuing to work with them to upgrade the infrastructure to keep pace with that.
“They’ve continued to expand services into that cloud footprint and also migrating services into that cloud footprint,” Grant said. “They have the basketball analytics deployment, but they also have back-office servers, Windows domain controllers, file servers … as well as application stacks for the marketing team and a few other things. Ticketmaster was migrated to that cloud platform before Ticketmaster had a cloud solution. Jay was a pioneer in that area of moving his Ticketmaster infrastructure to the cloud.”
The Celtics did not respond to CRN requests for comment.
Mission’s ability to manage the team’s AWS assets independently or in collaboration with internal Celtics resources add to the organization’s “innovation and flexibility in the complex world of disparate cloud and on-prem technologies,” Wessland said in a statement.
Mission can make IT headaches “go away” and has become an invaluable extension of the Celtics’ IT infrastructure, Wessland said in a testimonial video on Mission’s website.
“They’ve managed to hone the power of what you can do at AWS,” Wessland said in the video. “The technology is way too complex for me to use without some expertise, and Mission gives that expertise. It’s something that I wouldn’t be able to do without increasing resources and headcount significantly. They build the infrastructure, they take care of our development environment, they take care of our developer, so this very nuanced and high-tech piece of our business is just taken off my plate and my team’s plate.”
0 0 votes
Article Rating
Subscribe
Login