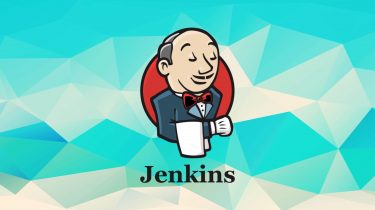 Jenkins is an open-source continuous integration tool which is written in Java. By default, Jenkins will be running on port 8080. It is a master-slave topology which distributes the build and testing efforts over slave servers with the results automatically accumulated on the master.

It is not only a continuous integration server but also has a highly active community that works towards improving codes, write plugins, participates on mailing lists, writes bug reports, etc. It can be installed through native system packages, Docker, or even run standalone by any machine with a Java Runtime Environment (JRE) installed. Jenkins helps an organisation to advance the software development process through automation.

There are a number of advantages in using Jenkins while developing software, some of them are mentioned below:

Before jumping into Jenkins, one should have a clear concept of Continuous Integration (CI). Continuous Integration can be said as the cornerstone of the software development process and is used to integrate various DevOps stages. It forces the defects in a software cycle to emerge early rather than waiting for software to be fully produced.

Continuous Integration basically involves making small changes to software and the building as well as applying quality assurance processes. Using the Jenkins tool in CI allows the code to build, deployed and tested automatically without many efforts.

While developing software, generally the issues are detected and resolved before it is completed which makes it a better software with quality assurance while saving a lot of money to the organisation.

A developer can easily use Jenkins with multiple plugins and you can also customise and bring multiple possibilities in using the software. The plugins are categorised on the Jenkins website and a user must follow the special instructions while installing the plugins.

There is no need for spending time on human efforts while capturing the console output. Jenkins capture console output for both stdout and stderr while running jobs. Also, the distribution method of Jenkins enables you to send a developer’s work across multiple platforms without any struggle.

Jenkins has grown large community support and has many plugins available including GitHub, Slack, Docker, etc. by which the project is kept as well-maintained and updated. You can also join in the community of Jenkins extensively and interact with the developers, share feedbacks and views on further improvements, etc.

Though Jenkins has been used and appraised positively by the users for many years now, it also shows limitations sometimes. Limitations such as service instability in continuous integration, its configurations where upgrading or any changes cause breaks, etc. have been faced by the developers.