Wise, Deliveroo, Atomic Robot and 100+ Others Migrate to Bitrise as Apple Shutters Buddybuild 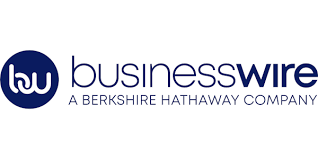 SAN FRANCISCO–(BUSINESS WIRE)–Bitrise, the mobile devops company that the world’s most well-known companies rely on to get mobile apps and updates to market faster, today surpassed 100 companies migrating from Apple-owned Buddybuild to its own Continuous Integration and Continuous Delivery (CI/CD) platform. Among the roster of newly acquired customers are Wise (formerly TransferWise), Deliveroo and Atomic Robot. Other new customers include market leaders in the entertainment, food & beverage and media spaces, among others.

The wave of new customers comes as Apple declares end of life for Buddybuild, which it acquired in 2018. As of March 31, Apple officially discontinued support of its services to developers and by fall of 2021, the company will shut down operations altogether.

Bitrise, which already boasts more than 6,000 customers, 100,000 individual users, and supports more than 2 million mobile builds per month, was able to accommodate immediate migration to its platform by former Buddybuild users, without disruption to their current apps and release cycles.

Bitrise created a seamless onboarding process for the 100+ companies that have already migrated to its platform, as well as those that will migrate over the coming months. When a company adds an app to Bitrise, the platform automatically detects its mobile operating system, whether iOS or cross-platform with an iOS project, and creates default workflows specifically configured for that system. This allows teams to continuously iterate at the rate needed to run thousands of builds per month, and confidently submit updates to the app stores.

In contrast to Buddybuild, Bitrise supports frameworks and toolkits beyond iOS, including apps built for Android, Flutter, React Native, Cordova, and Ionic. Bitrise provides more than 300 steps and continuous integrations for iOS alone, providing not only a solution for the displaced developers, but also a new realm of possibilities. It also offers source control services like Github and Bitbucket.

“iOS is the second most commonly used mobile operating system in the world, so there was no doubt an appeal to working directly with a CI/CD platform owned by Apple,” said Barnabás Birmacher, CEO of Bitrise. But Apple’s decision to shut down Buddybuild will inevitably open up mobile development teams to a new world of opportunities they didn’t previously have access to with an iOS-only focused platform. As a first step in that journey, we’re eager to help teams migrate to our platform without disrupting their release cycles.”

Atomic Robot is one of the more than one hundred companies that migrated to Bitrise from Apple’s Buddybuild. The app they built for VITAS Healthcare, the leading hospice provider in the U.S., won the Mobile UX award in the Health category and a W3 Award in Health & Wellness.

“With Buddybuild no longer being available we needed to be able to quickly transition to a new CI/CD platform without disruption to our services or releases,” said Patrick Hammond, CTO & Co-founder at Atomic Robot. “Bitrise ticked all the boxes and set us up with the latest XCode support within 24 hours. It is the ultimate tool for all of our mobile needs. We all understand it, it’s easy to set up and follow, and we can all contribute, without having to worry about maintenance or breaks.”

The sudden mass migration from Buddybuild to Bitrise comes at a time when the rate of mobile adoption has accelerated the equivalent of three years in the last 12 months. Mobile technology requirements are also changing rapidly, and teams need to have the ability to iterate consistently. With Bitrise, teams can automate processes across the board, from running regular tests and viewing the results to automatic code-signing.

Bitrise is a mobile devops company, whose CI/CD platform is used by more than 6,000 businesses to get apps to market faster and keep up with constantly changing mobile requirements. Bitrise enables the world’s most sophisticated mobile organizations, including half of all mobile unicorn startups, to automate testing, accelerate build times, and quickly understand how new pieces of code will affect live apps. Customers such as Tinder, Peloton, DoorDash, Adidas, and Paysafe use Bitrise to rapidly respond to the changing mobile landscape. Bitrise is a Y Combinator company, headquartered in Budapest, with offices in London, San Francisco and Boston.