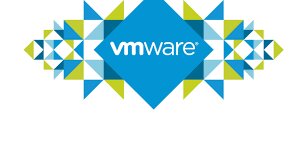 Source:-crn.com.au VMware is being forced to pay damages of approximately US$236 million to cloud optimisation software company Densify, which claimed the virtualisation superstar infringed on its software patents and committed trademark infringement. After a nine-day trial, a Delaware federal jury found in favour of Canada-based Densify, formerly known as Cirba, concluding that VMware infringed on two of its patents and engaged in unfair competition that caused harm to Densify. “Unfortunately, VMware, a great company, made a bad mistake, and used

END_OF_DOCUMENT_TOKEN_TO_BE_REPLACED

How the cloud transformed employee learning

Source:- raconteur.net Cloud is shaking up traditional employee development, but what impact has this had on the workforce and, ultimately, business performance? While learning and development (L&D) is at the heart of a company’s digital transformation, gone are the days of providing employee training during induction or group classroom sessions. The digital revolution has transformed the technology used to train employees, as well as expectations of access to learning materials. The challenge for firms is to ensure L&D evolves alongside employees’