Why VMware’s Kubernetes investment will shape your multi-cloud strategy 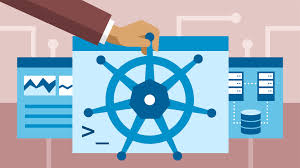 Multicloud — the use of multiple cloud computing and storage services from different vendors — has been talked about for a long time, but has not widely been embraced or adopted. That’s mostly because in order for a company to embrace multiple clouds, they first need to embrace a single cloud, and then embrace a second one to get, by definition, to multicloud.

A single cloud already has its own set of security, compliance, and operational challenges, and to go off and repeat that process for a second cloud is a whole other body of work. This is the sweet spot where a vendor like VMware sits, offering a uniform layer for customers so they do not have to learn the nuances of individual public clouds one after the next.

VMware has been spruiking the multicloud message for a few years; at a glance it’s a way to avoid vendor lock-in and allows for wiggle room on price. To VMware SVP and GM for Cloud Native Applications Paul Fazzone, it’s a lot more than that.

“I think it’s not unlike what we saw a little over a decade and a half ago with the rise of server virtualisation. If you remember way back when, server vendors were starting to introduce very specific — vendor-specific — hardware capabilities to complement the x86 feature set that the typical server would present to the system administrator, and that inevitably led to system administrators potentially getting locked into one server vendor over another,” Fazzone told ZDNet.

Multicloud might be the rise of the customer that has the ability to play vendors off against each other — and to VMware, Kubernetes will be what makes that possible.

Read more: What is the Kubernetes hybrid cloud and why it matters

VMware believes Kubernetes will prove to be the cloud normalisation layer of the future. According to Fazzone, customers that take advantage of Kubernetes and are able to deploy and operationalise applications in a Kubernetes environment, will have the advantage of leveraging that in a uniform way, across any cloud.

In brief, Kubernetes is an open-source system for automating deployment, scaling, and management of containerised applications. It’s increasingly the container orchestration program of choice for many.

Read more: What is Kubernetes? How orchestration redefines the data center

Supporting the company’s Kubernetes play was its November acquisition of Heptio — founded in 2016 by Joe Beda and Craig McLuckie, two of Kubernetes’ creators while it was still at Google.

Continuing its shopping spree, VMware picked up Bitnami in May. Bitnami builds and packages open-source ISP software for Kubernetes environments across any cloud — again, in a uniform and consistent way.

VMware expects Bitnami will enable customers to easily deploy application packages on any cloud in the most optimal format — virtual machine, containers, and Kubernetes helm charts.

While VMware is banking on Kubernetes, it’s also forging partnerships with the big cloud vendors so its customers can actually have this cloud choice it’s leaning so heavily on.

Amazon Web Services (AWS) and VMware formed a once-unlikely partnership back in 2016. The two companies have since announced game-changing offerings for their customers, such as VMware Cloud on AWS and in November AWS Outposts, which allows customers to consume AWS’s own data centre hardware on-premises.

But which cloud should you choose?

According to Fazzone, picking a specific cloud will remain a decision made by a specific use-case. He believes the big differentiator is the different types of developer-specific tools that shine through on one cloud versus another.

“Amazon certainly has breadth — it certainly has the broadest range of developer tools out there — but other clouds like Google have very deep expertise in things like machine learning and artificial intelligence,” he explained.

A tip Fazzone offered is to really understand what the needs of the specific development teams are, and evaluate the clouds based developer services.

“To organisations that are trying to get their heads wrapped around a multi-cloud strategy, we guide them towards basically not picking — don’t anoint a single winner,” Fazzone said. “It’s kind of like 10-15 years ago if you picked a single server vendor and said, ‘I’m only buying the server from vendor A, B, or C’ — those vendors would get you in a situation where you had no ability to negotiate pricing with another vendor.”

This situation is not all that different.

On the other hand, Infrastructure-as-a-Service (IaaS) capabilities across all public clouds are fairly consistent, so with the economies of scale being on the customer’s side, a large part of the decision will inevitably come down to cost. But that cost needs to be matched with efficiency. It’s then VMware’s job to then make all of the clouds operationally consistent.

“I have a number of examples of customers who have woken up six months, eight months, nine months, 18 months into their public cloud journey with a public cloud bill so large that they had to curtail other areas of their spending and budget for that fiscal year,” Fazzone said.

“And when they analyse running those same applications in their private cloud environment, they realise that they’d gone a little bit overboard.”

Consumption should be the consideration.

“It’s kind of like if you take your child to a self-serve ice cream or frozen yogurt place and you’ve given them the largest cup, and you go over to the machine and you pull on the handle until you’re done — that’s just like consumers, they will consume until there is nothing left to consume. Just like frozen yogurt,” Fazzone explained.

What many people don’t realise as they consume, however, is the cost implications of their consumption. And then when they no longer need that service, many aren’t actually turning it off in an efficient way.

VMware, however, intends to help customers take advantage of price competition to extract the most value they can.

“I think there’s a there’s going to be a lot of price competition in the multi-cloud war,” Fazzone continued.

“A lot of folks when they started talking about public cloud for enterprise at the same time predicted the demise of a private cloud, and in fact that’s actually going the other way — a private cloud still continues to grow as public cloud is going through its growth spurt.”

While Fazzone expects that trend to continue, he said customers are going to need to get their arms around both simultaneously to be able to operate most efficiently.

“Beyond that, or on top of that, I think you’re going to see more enterprise-oriented developer services emerge, and I think Kubernetes is a very strong base layer for that to happen,” he said.

“You look at how Kubernetes itself was developed and built, and is now operated, it sets the foundation for the next wave of modern enterprise development services. And I think this will allow customers to effectively normalise those app development services the same way they’re looking to normalise infrastructure services today.”

According to Fazzone, the next wave beyond this is what are the services provided on top of Kubernetes to provide a full range of enterprise-ready developer services in a way that is truly multicloud.