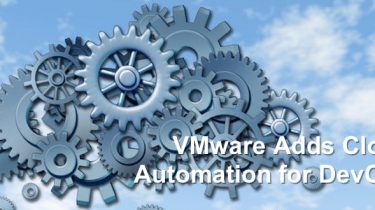 Those who follow my blog will recall that I covered (and did some work for) CloudCoreo, a cloud security and compliance start-up. What the company was working on was intriguing to me because it pulled many things into the realm of DevOps through automation at a time when cloud security was a big issue.

Recent Posts By Don Macvittie
IBM Extends z/OS Toward DevOps Again
The Right DevOps Tool for the Job
Alerting Consolidation: What’s the DevOps Impact?
Don Macvittie More from Don Macvittie
Related Posts
Don’t Forget to Automate Cloud Security
VMware Extends DevOps Reach via SaaS Apps
CloudCoreo: Get Your Cloud Security on at Jenkins World
Related Categories
Blogs
DevOps Toolbox
News
Related Topics
automation tools
cloud automation
devops
devsecops
vmware
Show more
It’s still a big issue, and the former CloudCoreo product has been enhanced and integrated into VMware’s growing DevOps infrastructure as VMware Secure State. I hopped on a call with Jason Needham, senior director of product management, multicloud security at VMware, to get an idea of what was new and how the product was integrated with VMware’s other offerings.

We’ll get the thing that will interest every risk manager out of the way first. Secure State can tell you about buckets and their current security settings. It can tell you how to fix them. Considering the number of high-profile leaks caused by insecure buckets, I figured I’d mention that even before I talked about how Secure State fits with other VMware offerings. You’re welcome.

Figure 1: Of the many violation chains available in the product, “authenticated user” buckets are one of the coolest, IMO.
Secure State is part of VMware’s Cloud offering (grouped with CloudHealth and WaveFront), bringing security and compliance to multicloud. The cool bit is the level of automation, which allows teams to include cloud infrastructure security and compliance with DevOps efforts. That is where the world is headed, and VMware Cloud sees a greater level of DevOps automation than most alternatives just because it was conceived with APIs aimed at automation in the first place. Adding checks for rights and security settings, even compliance, into the DevOps cycle is breaking down one last wall (now we’re basically waiting for someone to do something astounding for cloud storage).

Part of Secure State is near real-time reporting on status/state. This is big in environments that have real-time reporting for everything else, adding in the one missing piece. It is far better to be told, “There is a problem right now with instance X,” than to be fighting attackers. One of the examples Needham offered was of a project that was used via a small subset of tools: One day a report came in that it was being accessed via JVM instead of the normal methods. In this case, it turned out to be a new developer trying to get work done, but you can imagine such a warning being a heads up that you had an attack going on.

The other interesting bit is risk scoring, officially known as Smart Risk Scoring. The ability to get a prioritized risk list allows DevOps teams to focus on what is most important. When there is so much for security to get done, this is a huge benefit.

Disclaimer: I haven’t used this version of the product. That means I can’t say “This rocks!” but if Secure State delivers, it certainly will.

Anything that adds automation and visibility is a welcome addition to the DevOps stack, making life easier and helping you to rock it.