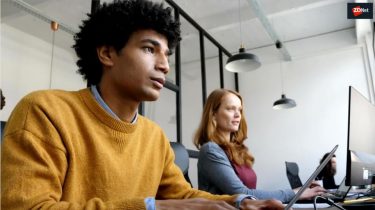 Source:- zdnet.com
‘Software developer’ was the most common tech job advertised, with more than 130,000 job ads last year and a median salary of £39,430, or £55,000 in London, according to the data published by the government’s Digital Economy Council.

The report also noted that tech jobs are growing outside of the capital, as cities including Sheffield, Leeds, Manchester and Cardiff are developing their own smaller tech clusters.

In Edinburgh, 48,118 people are employed in the digital tech sector, on salaries that are almost 15% higher than the national average, while in Reading the equivalent figures are 100,507 and 8.11%. In Belfast, the digital tech sector now employs 60,000 people, with salaries that are 17% higher than the national average.
The report noted that, when cost of living is taken into account, cities including Leeds and Belfast can be a better option than London. For example, a data scientist would be better off working in Leeds than in London, while the best place to find a job as a software developer or a full stack developer is in Belfast, as demand for tech roles there has risen by 120 percent in the past four years.

If you’re looking for work as an analyst, Edinburgh is the best place to work, while a Python developer is best off in Glasgow and an IT systems architect should seek a job in Cardiff, the report claimed.

There may be many job ads out there, but that doesn’t mean all those roles are getting filled rapidly: another set of data suggests that software engineers, senior programmers and back-end developers are among the tech professionals that are the hardest to recruit in the UK.