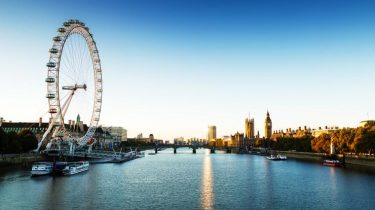 When CIO Tony McCandless realised the utilities company’s existing IT strategy wasn’t fit for purpose, he turned to ServiceNow to help overhaul it

After years of outsourcing its IT services, Thames Water turned to ServiceNow in 2017 to regain insight into incident management and event monitoring and bring about an end to what was a self-confessed “pretty disastrous period for technology at the organisation.”

“Before I joined, Thames water was signed up to an alliance agreement, which was the TTA (Technology and Transformation Alliance),” CIO Tony McCandless tells Computerworld. “It became very apparent very quickly that the TTA agreement was not fit for purpose in its current incarnation. In addition, Thames Water had outsourced all of its IT, and I mean all of it.”

Consequently, the utilities company responsible for suppling 27 percent of the UK’s population with water, including most of London, didn’t have any insight into what was going on within its IT environment.

The dozen or so people that made up the IT department at that time didn’t have access to any information about incident management, change or event monitoring. All that data was being very highly protected by the partners who were a part of the technology alliance.

McCandless and his team spent the next nine months refining the alliance agreement and bringing everything back in house, using ServiceNow’s SaaS Now Platform to establish a service integration and management (SIAM) model. This allows Thames Water to once again have insight into business metrics, its suppliers and what’s going on in its own environment.

“We set the platform up to go live on the 1 July 2018 and when it did, it was like night and day, quite literally. On 30 of June, we couldn’t see anything in our live environment without going through one of the partners. From the 1 July, the system was ours and we could begin to collect data and better respond to the needs of our internal and external customers.”

“We developed a set of tools that are Thames owned,” he explains. “All of our partners that come in here now are mandated to use our tools. We’re making some adjustments as we go, but from now on any IT supplier coming into Thames Water uses our system, not the other way around.”

Although the project has only been live for 14 months, McCandless says the utilities company has already started to see the benefits, although he’s keen to note this is as much down to having the right mix of people, processes and technology as it is ServiceNow’s platform.

“We have seen a marked improvement in our ability to respond,” McCandless says. “When I think about when I first came to Thames Water, we had outages on our core contact platform that actually went on for days, meaning the business went back to paper.”

Now, by having that insight, Thames Water is able to give a better service back to its customers, whilst keeping track of metrics that it previously had no visibility of.

“I had a meeting with the leadership team within Thames Water and I was finally able to talk in detail about what’s happening with our services, with incident problem changes, with our major programmes and projects. Last year, we had nothing to share and now we do.”

McCandless isn’t a newcomer to the industry and ServiceNow’s offering has been on his radar for a while.

“I’ve used alternate products to ServiceNow elsewhere but I think that ServiceNow has taken a big chunk of business away from some of the legacy providers,” he says. “Now, the interesting thing is that they themselves are being challenged by the likes of Cherwell, and others. ServiceNow has got to keep itself sharp, or it will find someone else coming up to take its lunch, the same way that it went after BMC and other companies.”

McCandless is complimentary about the capabilities of the platform and says it’s flexible to your needs, as long as “you’re wise enough not to get caught up in the customisation rabbit hole.”

He also says the capabilities integrate well with other segments that are important to Thames Water’s business model, fitting in with a number of other platforms that level two and level three teams look for.

“ServiceNow is always an interesting company to keep an eye on,” says McCandless. “It adds lots of other modules and capabilities that we may not be looking at just now but we may need in the future.”

Although he says the platform is “maybe not bleeding edge”, McCandless explains that Thames Water are happy with the “solid, reliable” service the company has experienced since adopting ServiceNow’s offering. However, he does have one piece of advice for the SaaS provider.

“Something ServiceNow needs to do is sort out its licensing model, because it’s being beaten to death by Cherwell in coming up with a far more pertinent licensing model. If it doesn’t do something about it soon, I think it will lose business.”