How DevOps Training and Certification Benefits the Team 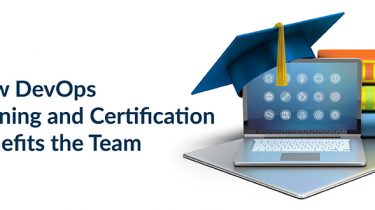 Cisco Systems recently announced sweeping changes to its training and certification programs to increase the real-world value of both. Cisco’s move demonstrates a trend by organizations that provide training and certification to place more value on the practical aspects of educating technology professionals—which, in turn, should have a major impact on those looking to build DevOps teams.

Cisco’s realization that real-world knowledge brings demonstrable value to businesses has culminated in new DevNet Certifications, which are designed to demonstrate an individual’s ability to bring software skills to evolving network technologies. “The only way to fully leverage the capabilities of the network is to build DevOps teams with both networking and software skills that can address the intricacies of both software-defined networking and physical networking solutions,” Wee added.

Cisco is not the only company pursuing a change in training and certification processes. Industry group CompTIA recently revamped its certification programs. For example, the latest version of the CompTIA Linux+ exam has been redesigned to validate the competencies and skills required of early career IT professionals supporting Linux systems.

“For certifications to have real value today, people must immerse themselves in the technology,” noted James Stanger, CompTIA chief technology evangelist. “The new Linux + certification uses performance-based testing that presents candidates with real-world scenarios, meaning that achieving certification demonstrates the ability to function in the real world.”

CompTIA may very well be one of the leaders in the movement to bring real-world relevance to the certification process. The company has been using performance-based testing and has been embracing certification pathways to build teams. “For DevOps teams, critical skills, including project management, both agile and waterfall, are important. Developers will need to know the operating systems they are developing in, so they’ll need to understand Windows and Linux,” Stanger said. “The idea is that for DevOps, you need to get deep into the guts of operating systems and understand them well. You can specialize in one area, but you’ll also need to understand databases, relational databases and object-oriented databases.”

Cisco also understands the importance of educating DevOps professionals. “Our new Cisco Certifications, with new DevNet Certifications, are designed for training and certifying network professionals and software developers, so they can bring software skills to networking,” Wee noted. “This new education process teaches application developers how to write applications that leverage the full capabilities of the network, and it helps build IT teams with network skills and expertise and software skills and expertise so they can leverage the full capabilities of the network, helping to support the DevOps process.”

Cisco is also investing in the idea of building a community in the form of the company’s DevNet offering. DevNet was created some five years ago to help network engineers and application developers take full advantage of the revolutionary changes shaping the industry. The company is now focusing its efforts on what it sees as its customers’ biggest problem—network automation—and has created the DevNet Automation Exchange, a community-based developer center where networkers and developers can learn to “walk, run and fly” with network automation using Cisco’s products and the full capabilities of the new network.

According to Wee, those three processes can be broken down into:

Walk: Get visibility and insights into their networks in a read-only way. This enables use cases such as gathering telemetry and insights from running networks and performing audits to ensure the ongoing security of the network.
Run: Activate policy and intent across different network domains. This enables use cases such as providing self-service network operations that comply with security policies and operational guidelines.
Fly: Proactively manage applications, users and devices with DevOps workflows. This enables use cases such as deploying applications in continuous integration and continuous delivery (CI/CD) pipelines while configuring the network in accordance with new application policies.
Wee noted Automation Exchange has been seeded with more than 50 code repositories, many contributed by Cisco’s engineering teams and SEs. Now, she said, the company is inviting DevNet community members to submit code that solves their use cases.

Updated certification and training resources from the likes of Cisco and CompTIA will go a long way to helping build DevOps teams that can hit the ground running.