DevOps vs. the juice cleanse: Only one is a passing fad 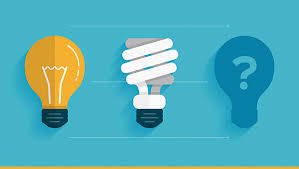 It’s easy to put off DevOps as just another trend: Culture change is hard. But your competitors aren’t waiting

Many organizations view DevOps as aspirational. They treat it like a gym membership in January: they talk big, sign up and never go. We can easily imagine someone uttering the statement, “We’re a bank, not a streaming video service,” as an argument against DevOps.
This whole scenario reminds me of the joke about two hunters in the woods who come across a bear. As the bear begins to lumber and rush toward the hunters, one begins to put on a pair of running shoes. The other hunter says, “You’re never going to outrun that bear, even if you put on running shoes!” The now sneaker clad hunter says, “I don’t have to outrun the bear; I just have to outrun you.”
DevOps has become a survival imperative.
[ Some common DevOps wisdom falls flat. Read 7 pieces of contrarian DevOps advice. ]
No more DevOps excuses
Simply put, you must adopt DevOps because your competitors will. Of course, you might never be as good at DevOps as Google or Netflix, but that doesn’t mean you can’t outrun others in your market and deliver better software to your customers faster. After all, that is what DevOps is all about: delivering the best software to your customers as quickly as possible.
There are other reasons companies do not make DevOps a priority. Perhaps they are turned off by statements such as, “DevOps is about culture and not tools.” Perhaps it’s viewed as the juice cleanse of software development.
However, DevOps delivers clear, empirically proven financial results. DevOps Research and Assessment (DORA) delivers a State of DevOps report with a focus each year. In 2015, they looked at stock performance and found that those who adopted DevOps “outperformed the S&P 500 over a three-year period.” Furthermore, DORA found that “high-performing IT teams had 50 percent higher market capitalization growth over three years than those with low-performing IT organizations.”
If you want to outperform the S&P 500, you have two choices: Be Warren Buffett or get software out the door and into the hands of your customers faster. Unless you’re Warren Buffett, DevOps is how you do that.
Find the DevOps doubters
That said, DevOps is indeed about culture and not just tools. There are people in your organization who, for selfish reasons, do not want to change to the DevOps model. They are putting their individual needs ahead of the organization. Maybe they feel threatened, maybe they just don’t want to change. But these individuals will be the difference between outperforming the S&P 500 or going the way of Sears.
[ Who’s holding up your DevOps success? Read also: DevOps for doubters: How to deal with 9 kinds of people who push back. ]
Of course, with a tight labor market, you will need these people. Simply managing them out the door and replacing them is far more difficult than retraining. Moreover, these individuals have years of tribal knowledge and experience between their ears that is invaluable to the organization.
DevOps is a highly sought-after skill in the labor market today. By offering training to your operations team, including database administrators and security and network folks, you will invest in your people and improve your software delivery outcomes. Even better, you retain your best people and help them improve.
These efforts require commitment from the highest levels of management, as well as funding and intestinal fortitude.
MORE ON DEVOPS
3 DevOps, agile, and scrum myths, debunked
How to scale DevOps: 10 expert tips
Agile vs. DevOps: What’s the difference?
Changing a technical culture does not happen overnight. With over a generation of failure avoidance, embracing failure as an opportunity to learn will be challenging. But, with a focus on the benefit to the organization and to the individual, you will be able to embrace DevOps and see concrete results.
0 0 votes
Article Rating
Subscribe
Login