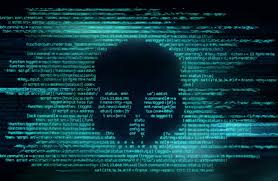 With cloud computing becoming the de-facto platform for innovations, a large number of organizations are expected to deploy some forms of hybrid cloud or multi-cloud. However, adopting cloud has its own challenges for public sector organizations and government departments, chief among them being able to overcome organizational silos, risk-averse culture and reducing IT complexity while ensuring the secure delivery of modern applications and IT services that transform the quality, efficiency, and effectiveness of government operations and services.

But the reality is that Cloud Networking and Security is implemented differently across clouds, raising management cost and complexity while lowering productivity and innovation. This could only be achieved by breaking down the traditional administrative network silos by delivering consistent networking and security for applications running natively in public clouds.

Instead of silos infrastructure that drives up complexity and operational expense, IT leaders in the public sector must look for global security policies and precise control across virtual networks, regions, and clouds – this was the key focus of Tech Observer Webinar on “Powering Government for a Network Ready Future”, organized on April 17, 2020, in association with VMware and Intel.

Participating in the webinar as the lead speaker, Vivek Lodha Senior Network & Security Specialist, VMware India talked about how government organizations can accelerate their hybrid cloud adoption and also how they can take advantage of VMware solutions.

With his detailed presentation and live demo, he explained as to how government organization can benefit from having a robust networking and security system at a time of emergency.

He also reiterated that public sector organizations can take advantage of the benefits of VMware Cloud Foundation as well as unpack a new approach to multi-cloud networking and security services with VMware NSX Cloud and VMWare NSX Datacentre in the context of the container- and microservices-based applications and environments.