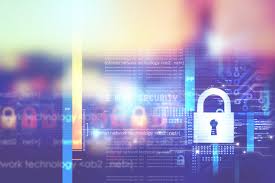 Last year, the Cloud Native Computing Foundation (CNCF) initiated a process of conducting third-party security audits for its own projects. The aim of these security audits was to improve the overall security of the CNCF ecosystem.

CNCF CTO Chris Aniszczyk says “The main takeaway from these initial audits is that a public security audit is a great way to test the quality of an open source project along with its vulnerability management process and more importantly, how resilient the open source project’s security practices are.” He has also announced that, later this year, CNCF will initiate a bounty program for researchers who identify bugs and other cybersecurity shortcomings in their projects.

After tasting initial success, CNCF formed a Security Audit Working Group to provide security audits to their graduated projects, using the funds provided by the CNCF community. CNCF’s graduated projects include Kubernetes, Envoy, Fluentd among others. Due to the complexity and wide scope of the project, the Working group appointed two firms called the Trail of Bits and Atredis Partners to perform Kubernetes security audits. Trail of Bits implements high-end security research to identify security vulnerabilities and reduce risk and strengthen the code. Similarly, Atredis Partners also does complex and research-driven security testing and consulting.

Three days ago, the Trail of Bits team released an assessment report called the Kubernetes Security Whitepaper, which includes all the key aspects of the Kubernetes attack surface and security architecture. It aims to empower administrators, operators, and developers to make better design and implementation decisions. The Security Whitepaper presents a list of potential threats to Kubernetes cluster.

Since Kubernetes is a large system with many functionalities, the security audit was conducted on selected eight components within the larger Kubernetes ecosystem:

The Trail of Bits team firstly identified three types of attackers within a Kubernetes cluster:

The security audits resulted in total 37 findings, including 5 high severity, 17 medium severity, 8  low severity and 7 informational in the access control, authentication, timing, and data validation of a Kubernetes cluster. Some of the findings include:

The Trail of Bits team have proposed a list of best practices and guideline recommendations for cluster administrators and developers.

By conducting security audits and open sourcing the findings, Kubernetes, a widely used container-orchestration system, is setting a great precedent to other projects. This shows Kubernetes’ interest in maintaining security in their ecosystem. Though the number of security flaws found in the audit may upset a Kubernetes developer, it surely assures them that Kubernetes is trying its best to stay ahead of potential attackers. The Security Whitepaper and the threat model, provided in the security audit is expected to be of great help to Kubernetes community members for future references.