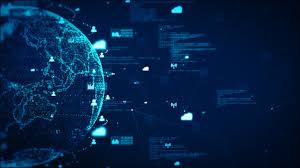 Chef has revamped its channel approach, rolling out a new partner program that addresses inconsistencies in the company’s previous partnering efforts; more IT channel news.

Chef, a DevOps tool provider, has launched a new channel program that the company said provides a uniform structure for working with its nearly 500 Chef partners, which include systems integrators, managed service providers and resellers.

Chef had been offering Chef Infra, InSpec and Habitat on an open source basis, but in 2019 extended open source licensing to Chef Automate, which originated as a propriety product. The previously mixed licensing model contributed to an uneven partnering approach, which Chef is looking to remedy with its revised program.

“We had no consistent way of interacting with these partners,” said Vikram Ghosh, vice president of business development at Chef.

The previous channel effort relied heavily on partner managers. But when a manager moved to a different job within Chef or left the company, the relationship with the partner would “go sideways,” Ghosh said.

The larger issue, however, was a conflict with service-oriented Chef partners who saw value in the vendor’s open source tools but were asked to sell the Chef Automate observational layer. The revised partner program, which builds upon the company’s 100% open source approach, aims to align Chef’s business model with partner needs, Ghosh said.

Components of the Chef Partner Program include a co-sell incentive model for partners who don’t wish to pursue product transactions as part of their service offerings. The program also includes support for the recurring revenue model and co-marketing opportunities as well as sales/technical enablement programs and tools.

Channel partners play a number of roles in the Chef ecosystem. For one, they provide resources for delivering and supporting Chef technology. “From our standpoint, we are a relatively small company,” Ghosh said. “We need the scale that our partners provide.”

The need for DevOps managed services has contributed to an SI-to-MSP shift, he added.

The Chef Partner Program in the coming months plans to highlight partner success stories through its marketing channels, including blog posts, events and webinars. Some of those stories, Ghosh said, will focus on SIs that found ways to provide ongoing services that drive recurring revenue.

Forty-two percent of the 293 U.S.-based IT decision-makers polled in a survey sponsored by Ahead, an enterprise cloud solutions provider based in Chicago, said they struggle to achieve success in digital transformation. The most-cited stumbling blocks are legacy systems and technical debt, according to the survey, which Hanover Research conducted on Ahead’s behalf. Overall, 67% of respondents identified infrastructure as a big part of their digital transformation strategies.

A US Signal survey, meanwhile, revealed three-quarters of the 110 U.S.-based IT decision makers it polled now use backup and disaster recovery from a third-party edge data center provider. That said, a significant portion of the respondents were not completely at ease with the business continuity offerings they’ve purchased. Fifty-four percent said they are somewhat or not very confident in their DR and backup solutions in the event of cyberattacks, outages or other incidents.

The SolarWinds survey, conducted in conjunction with The 2112 Group, also pointed to patterns in MSP security. North American respondents said they were most comfortable offering and using antivirus, firewalls, data backup and recovery, and endpoint security. They were the least comfortable with biometrics, cloud access security brokers and digital rights management, according to the report.

The $250-million transaction is expected to close in the next 30 days, according to a Simplus spokesperson. Simplus offers cloud consulting, implementation, data integration, change management and training services for Salesforce CPQ and the Salesforce Billing add-on package. Simplus has offices in North America, Australia, the United Kingdom, and operates a delivery center in Manila.

The pending deal closely follows Atos’ acquisition of Maven Wave, a Google Cloud partner based in Chicago. Atos, a Paris-based IT services company, said the acquisition will bolster its cloud services footprint in North America. The Infosys-Simplus transaction is also reminiscent of Wipro Ltd.’s acquisition of Appirio, a Salesforce consulting firm, Appirio in 2016.

Other news
IBM Storage updated and consolidated its Storewize and FlashSystem products under the IBM FlashSystem brand, a move that was largely shaped by partner input, the vendor said. A company spokesperson said close to 150 partners and distributors globally gave feedback on the design and performance of the FlashSystem offering. In a blog post, Eric Herzog, IBM’s chief marketing officer and vice president of worldwide storage channels, noted the FlashSystem launch doesn’t affect IBM Storage’s go-to-market strategy. FlashSystem models 5000, 5100 and 7200 will continue to be offered exclusively through IBM business partners, he said.
Nerdio, a Microsoft Azure automation platform company that targets MSPs, closed $80 million in funding. The company said it would use the funding to drive product development and support for Microsoft Azure offerings, including Windows Virtual Desktop, as well as build out operations and resources for its channel partners. According to a Nerdio spokesperson, Nerdio expanded aggressively in the channel through 2019 by striking distributor agreements with Pax8 and Ingram Micro and pushing into international markets, such as Latin America, Belgium and the Netherlands.
TPx Communications, a Los Angeles-based MSP, has been acquired by affiliates of private equity firm Siris Capital Group. In conjunction with the acquisition, TPx said, its CEO, Richard A. Jalkut, will retire, and Siris executive partner Joseph A. Cozzolino will serve as executive chairman of the board and interim CEO.
US Signal tapped Infinidat, a data storage company based in Waltham, Mass., to provide storage arrays for a Detroit area data center scheduled to open in March 2020. US Signal already uses 12 Infinidat InfiniBox systems in seven data centers in the Midwest.
In the managed detection and response sector, eSentire Inc., based in Waterloo, Ont., launched esCLOUD, which extends its on-premises MDR offerings to cloud environments. In addition, Agio, a managed security services provider based in New York, unveiled a partnership with Respond Software. Agio is incorporating Respond Software’s technology into its MDR services.
Pax8, a cloud distribution company based in Denver, formed a partnership with Novacoast, an IT services and solutions provider. Under the arrangement, Pax8 will offer Novacoast’s novaSOC, a monitoring and alerting security service.
Atera, an IT automation platform based in New York, launched Atera Network Discovery, a tool the company said scans networks and extracts a list of business opportunities and tasks for MSPs.
Unified Office Inc., an MSP based in Nashua, N.H., developed an offering for the hospitality industry, based on its Total Connect Now business communication product. The hospitality offering will integrate with hotel management and messaging services such as Opera, Synergy and Kipsu, according to the company.
Atos is forming a systems integrator relationship with RingCentral. The companies plan to launch a co-branded unified communications as a service
Netsurion, a managed security service provider (MSSP), integrated its co-managed SIEM offering, EventTracker, with the Mitre ATT&CK cybersecurity framework. The ATTT&CK framework is a public knowledge base of threat tactics and techniques developed by Mitre Corp., a nonprofit research and development organization. Netsuiron said the integration will be available in the upcoming 9.3 release of EventTracker.
High Wire Networks, an MSSP, launched Overwatch 24/7, a new security platform for managed service providers. The platform integrates detection and response technology with High Wire Network’s security operations center as a service, the company said.
DLT Solutions, a technology aggregator and Tech Data subsidiary based in Herndon, Va., added offerings from Glasswall, Illumio, NetBrain, Parasoft, Perfect Sense, TYCHON and ZorroSign to its product roster.
Apps Associates, an MSP and Oracle cloud migration specialist, rolled out a diagnostic and management toolset, dubbed Apps Pack.
Extreme Networks signed a 10-year agreement with Gannon University to establish a regional networking training center for students and professionals. Additionally, Gannon and Extreme will integrate Extreme’s training curriculum and technical certification into the academic curriculum of Gannon’s undergraduate and graduate engineering and computing programs, the vendor said. An Extreme spokesperson noted that partners in the region will have access the facility, dubbed Extreme Academy, for on-site training. Under the partnership, Extreme will work alongside Networking Technologies, a value-added reseller (VAR) and integration, to outfit and upgrade equipment for the Extreme Academy and other Gannon academic buildings.
Axonius, a cybersecurity asset management platform vendor, appointed Mark Daggett as its vice president of channels and alliances. Dagget joins Axonius from Cylance, where he served as director of global distribution.
MSP360, a data backup and recovery solutions provider based in Lewes, Del., appointed Kate Knyazheva as head of inside sales. She joins the company from Veeam.
Matrix Integration, an IT solutions provider based in Jasper, Ind., appointed Rob Wildman as vice president of professional services.