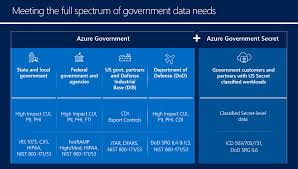 After suggestions from President Trump that the Department of the Defense may have intentionally favored Amazon in the bidding process, the $10 billion JEDI contract is being placed on hold, Politico reports. Competing bidder Oracle has campaigned hard against Amazon in the contracting process. With Amazon’s lead in the bidding process now in question, Microsoft may have an opportunity to challenge its largest competitor for the major US government contract.

But for civilian customers, one of the biggest news updates from the first full week of August focused on other aspects of compliance.

Azure Compute principal program manager Ziv Rafalovich took the lead in announcing Azure Dedicated Host, which consolidates Windows and Linux VMs to a single-tenant physical server. Azure Hybrid Benefit is getting extended to Dedicated Hosts, offering users a cost-savings if they rely on on-prem SQL Server and Windows Server licenses. Dedicated Host can be setup within Azure portal and is intended to help address compliance. Additionally, for compliance the Azure Global team is publishing blueprint samples which include NIST SP-800-53 R4 control mappings for account management, duty separation, remote access, audit and review, denial of service protection and other functions.

The New Relic monitoring system added fresh integrations to Azure Database for MySQL, PostgreSQL and MariaDB, to draw together data from databases, containers and different servers. Users can view the three different database types in the New Relic One dashboard as well as run custom queries or set alert conditions. Azure Databricks is already integrated with Azure SQL Data Warehouse and Machine Learning, but, as of August 6, offers a pre-purchase plan with a 37 percent savings when users lock-in a one to three year term. Unlike per hour reserved capacity pricing, this model offers pre-purchased DBUs that can be used anytime. Simultaneously, the number of Databricks regions reached 26 with the addition of South Africa and South Korea.