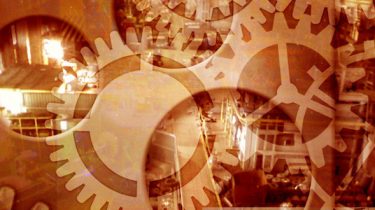 AT&T and Dell Technologies have pledged to work together to advance a variety of open source projects starting with the previously launched AirShip initiative, a management framework that combines elements of OpenStack and Kubernetes to declaratively automate cloud provisioning and lifecycle management for containerized applications.

In addition to accelerating the next major release of AirShip, both companies will contribute to Metal3-io and OpenStack Ironic, projects dedicated to simplifying the provisioning of Kubernetes and OpenStack on bare-metal servers, respectively. The two companies also pledged to make contributions to the Kubernetes Cluster application programming interface (APIs) to advance integration.

Eric Vallone, director of service provider solutions for Dell Technologies, says Dell is committed to working with AT&T to enable deployment of OpenStack and Kubernetes together, on virtual machines or on bare-metal servers. Today both platforms are primarily deployed on virtual machines. However, there are projects that involve deploying Kubernetes alongside OpenStack and some nascent efforts to encapsulate OpenStack in a way that allows it run on top of Kubernetes.

Longer-term, however, there will be more instances of Kubernetes deployed on bare-metal servers as organizations look to eliminate the overhead associated with having to rely on legacy virtual machines to isolate workloads. That approach also makes it possible to run Kubernetes on clusters that include other classes of processors, such as graphical processor units (GPUs) and field-programmable gate arrays (FPGAs). That shift might have significant implications for VMware, an arm of Dell Technologies, but clearly Dell is betting VMware will be able to successfully leverage open source technologies to create a management framework for enterprise IT organizations that are optimized for both legacy monolithic applications and emerging cloud-native applications that will be deployed on Kubernetes.

AT&T has already signaled its commitment to transitioning to open source software running on industry-standard processes to drive next-generation 5G networking services. Achieving that goal is requiring AT&T to make extensive use of containers at scale to be able to build and deploy 5G services in an agile manner. AT&T has also made it clear it intends to create an ecosystem around which third-party developers will build and deploy containerized applications on platforms managed by AT&T.

As part of that effort, AT&T will make use of a mix of branded and white-box infrastructure provided by Dell Technologies in place of the proprietary infrastructure the carrier relied on to deliver previous generations of 3G and 4G services, says Vallone. Dell Technologies will then leverage that experience to create a wide variety of platforms optimized for cloud-native workloads that increasingly are being adopted by enterprise IT customers, he adds.

It may be a while before organizations see the first fruits of the joint efforts of AT&T and Dell. However, a lot more engineering resources are now being poured into cloud-native computing frameworks by both companies. Given the fierce level of competition both AT&T and Dell Technologies face it their respective markets, it’s now only a matter of time before every other carrier and IT infrastructure provider follows suit.