Why Google Is an Underdog in the Cloud Race 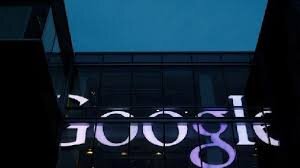 That put it in fourth place behind Amazon.com (NASDAQ:AMZN), Microsoft (NASDAQ:MSFT), and Alibaba — which controlled 48%, 16%, and 8% of that market, respectively. Google still believes that it can challenge Amazon and Microsoft to become one of the top two cloud players by 2023, according to The Information, but it will likely face a grueling uphill battle for three simple reasons.

An illustration of a laptop connected to cloud services.
IMAGE SOURCE: GETTY IMAGES.

Greene wanted to keep the contract, which was a major revenue stream for the cloud unit, but Pichai preferred to drop it. Google ultimately decided against renewing the contract, established “ethical” principles for its AI technologies, and discontinued its bid for the Pentagon’s $10 billion Joint Enterprise Defense Infrastructure (JEDI) cloud contract — which eventually went to Microsoft.

Greene also reportedly tried to bundle Google’s cloud services with the company’s other products. The Information claims that strategy led to conflicts with Google’s other department heads yet failed to win over major customers. Google Cloud’s COO, Diane Bryant, also abruptly resigned last year after spending less than a year on the job.

Therefore, it wasn’t surprising when Greene also resigned in early 2019. Greene’s successor, Thomas Kurian, was formerly an executive at Oracle — another distant underdog in the cloud services market. All those management problems likely throttled Google’s cloud growth as Microsoft and Amazon expanded.

Google could have easily tapped Alphabet’s cash, cash equivalents, and marketable securities (which hit $121 billion last quarter) to buy all three companies to strengthen its cloud business — but it didn’t. Meanwhile, it only signed a handful of deals as Amazon and Microsoft secured a growing list of enterprise partners.

Under Kurian, Google Cloud expanded its sales teams and acquired the migration-tool maker CloudSimple to strengthen its enterprise presence. However, it’s unclear if these late moves can help it keep pace with Amazon and Microsoft.

3. Privacy concerns and a lack of leverage
Alphabet still generates most of its revenue from Google’s targeted ads, which are crafted with data mining algorithms. That business model raises concerns about Google’s cloud deals in sectors that value privacy, such as banking or healthcare.

That’s why Google Cloud’s recent deal to store patient data for Ascension’s hospitals was widely scrutinized and sparked a federal probe. Its pending acquisition of Fitbit, which was meant to enhance its digital healthcare ecosystem, also faces a Justice Department probe. Those reactions could cause enterprise customers to stick with Amazon and Microsoft — which only generate small percentages of their revenues from ads — instead of Google.

Amazon and Microsoft also have more enterprise clout than Google. Amazon can still leverage its first mover’s advantage and “best in breed” reputation to gain enterprise customers. Microsoft can bundle its cloud services with Office 365 and Windows 10, and it’s an attractive alternative for retailers that directly compete against Amazon’s e-commerce business.

But the underdog might still have a chance
Google’s cloud business still faces difficulties, but investors shouldn’t dismiss a potential comeback. If Google is serious about becoming a market leader by 2023, it can still acquire smaller companies, undercut Amazon’s and Microsoft’s prices, or leverage niche strengths — like its foothold in the container service market — to gain more customers.

Nonetheless, investors should take Google’s plans with a bucket of salt until they see some real progress. AWS and Azure remain formidable competitors, and catching up could require Google to make some costly sacrifices.

10 stocks we like better than Alphabet (A shares)
When investing geniuses David and Tom Gardner have a stock tip, it can pay to listen. After all, the newsletter they have run for over a decade, Motley Fool Stock Advisor, has tripled the market.*

David and Tom just revealed what they believe are the ten best stocks for investors to buy right now… and Alphabet (A shares) wasn’t one of them! That’s right — they think these 10 stocks are even better buys.