What is Google Cloud Anthos’ Promise for Hybrid & Multi-Cloud Environments? 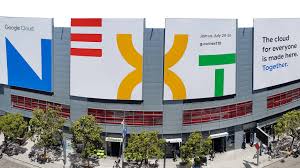 Earlier this year at the Google Cloud Next event, Google announced the launch of its new managed service offering for multi-cloud environments, Google Cloud Anthos.

The benefits of public cloud, like cost savings and higher levels of productivity, are often presented as an “all or nothing” choice to enterprises. However, with this offering, Google is acknowledging that multi-cloud environments are the reality as organizations see the value of expanding their cloud platform portfolios. Anthos is Google’s answer to the challenges enterprises face when adopting cloud solutions alongside their on-prem environments. It aims to enable customers to evolve into a hybrid and multi-cloud environment to take advantage of scalability, flexibility, and global reach. In the theory of “write once, run anywhere”, Anthos also promises to give developers the ability to build once and run apps anywhere on their multi-cloud environments.

Google Cloud Anthos is based on the Cloud Services Platform that Google introduced last year. Google’s vision is to integrate the family of cloud services together.

Anthos is generally available on both Google Cloud Platform (GCP) with Google Kubernetes Engine (GKE) and data centers with GKE On-Prem. So how does Google aim to deliver on the multi-cloud promise? It embraces open-source technology standards to let you build, manage and run modern hybrid applications on existing on-prem environments or in public cloud. Moreover, Anthos offers a flexible way to shift workloads from third-party clouds, such as Amazon Web Services (AWS) and Microsoft Azure to GCP and vice-versa. This allows users not to worry about getting locked-in to a provider.

As a 100% software solution, Anthos gives businesses operational consistency by running quickly on any existing hardware. Anthos leverages open APIs, giving developers the freedom to modernize. And, it automatically updates with the latest feature updates and security patches, because is based on GKE.

Google also introduced Migrate for Anthos at Cloud Next, which automates the process of migrating virtual machines (VM) to a container in GKE, regardless of whether the VM is set up on-prem or in the cloud lets users convert workloads directly into containers in GKE. Migrate for Anthos makes the workload portability less difficult both technically and in terms of developer skills when migrating.

Though most digital transformations are a mix of different strategies, for the workloads that will benefit the most, containers, migrating with Anthos will deliver a fast, smooth path to modernization according to Migrate for Anthos Beta.

Another piece of the offering is Anthos Config Management, which lets users streamline confirmation so they can create multi-cluster policies out of the box, set and enforce secure role-based access controls, resource quotas, and create namespaces. The capability to automate policy and security also works with their open-source independent service for microservices, Istio.RECOMMENDED FOR YOUWebcast, October 15th: Your Baby is Ugly
REGISTER NOW

The management platform also lets users create common configurations for all administrative policies that apply to their Kubernetes clusters both on-prem and cloud. Users can define and enforce configurations globally, validate configurations with the built-in validator that reviews every line of code before it gets to the repository, and actively monitors them.

The first is Anthos Service Mesh, which is built on Istio APIs, is designed to connect, secure, monitor and manage microservice running in containerized environments, all through a single administrative dashboard that tracks the application’s traffic. This new service is aimed to improve the developer experience by making it easier to manage and troubleshoot the complexities of the multi-cloud environment.

Another update Google introduced was Cloud Run for Anthos. This managed service for serverless computing allows users to easily run stateless workloads on a fully managed Anthos environment without having to manage those cloud resources. It only charges for access when the application needs resources. Cloud Run for Anthos can run workloads on Google Cloud on on-premises and is limited to Google’s Cloud Platform (GCP) only.

Both AWS and Azure have hybrid cloud offerings but are not the same, mostly for one single reason.

AWS Outposts brings native AWS services, infrastructure, and operating models to virtually any data center, co-location space, or on-premises facility, in the same operating idea as Anthos, using the same AWS APIs, tools, and infrastructure across on-prem and the AWS cloud to deliver a seamless and consistent for an AWS hybrid experience.

As an extension of Azure to consistently build and run hybrid applications across their cloud and on-prem environments, Azure Stack delivers a solution for workloads wherever they reside and gives them access to connect to Azure Stack for cloud services.