WHAT IS DEVSECOPS AND WHY IS IT IMPORTANT FOR YOUR COMPANY? 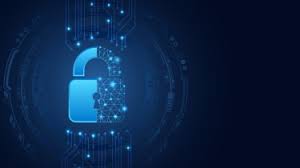 The DevOps philosophy has greatly transformed how technology organizations are run and software development projects are executed. It combines the core principles of development with a focus on speedier and shorter lifecycles. DevOps has also ensured features and fixes are deployed frequently and quickly. Nevertheless, if you want to extract full value from the responsiveness and agility of DevOps, security must play an integrated role throughout the app development cycle. That’s the premise of DevSecOps.

Like DevOps, the DevSecOps philosophy is executed within an Agile framework that breaks projects into more manageable chunks. The key difference is that DevSecOps integrates security into every aspect of the development process. It compels constant communication between the developer and security teams, something that typically didn’t occur until the later stages of the waterfall model.

DevSecOps makes everyone in the team responsible for security. It merges into a single streamlined process two otherwise conflicting goals — secure code and speedy delivery. Security issues are tackled as they arise as opposed to after a threat or vulnerability has been detected in production. DevSecOps ensures security considerations are embedded in every decision. It entails thinking through infrastructure, database, and application security from the get-go.

Why is DevSecOps important?

The push toward DevSecOps is necessitated by two key changes that have taken root over the last couple of years.

Technology infrastructure has experienced transformational change over the last two decades. The transition to cloud computing, shared resources, and dynamic provisioning have led to unprecedented gains in speed, cost, and agility. All of this has greatly enhanced the abilities of application development.

In particular, the capacity to deploy applications in the cloud has turbocharged development scale and velocity. That has, in turn, precipitated a shift to DevOps and agile methodologies thus making mega application launches increasingly a thing of the past.

Traditionally, security matters were relegated to the latter stages of software development projects. It wasn’t a problem then because a project could last for months and sometimes years before it was completed. There was more than enough time for security teams to deep-dive into the app and exhaustively address the gaps.

DevOps though has dramatically changed the velocity and frequency of development cycles. We are talking just weeks or days per iteration. Existing compliance monitoring and security tools weren’t built to keep up with the rapid pace of change DevOps requires. If security models aren’t modified to keep up with the new expectations, a security catastrophe looms.

The benefits of DevSecOps are relatively straightforward. Better collaboration between security and development teams early in the project cycle provides multiple advantages over the long run. Overall, greater security automation in the development cycle reduces the danger of mistakes and misadministration, something that could inadvertently lead to production attacks or downtime.

2. Developer teams see security as an enabler, not an impediment
Developers see security as a firewall to innovation and therefore a thing that carries a negative connotation. By shifting to the DevSecOps philosophy, organizations can build a product that’s secure and innovative. DevSecOps ensures better ROI on an organization’s security infrastructure. It also delivers improved operational efficiencies across both IT and security roles.

Hackers are constantly looking for opportunities to gain a foothold in software applications. They’ll seek to deploy malware, exploit gaps, and penetrate systems. Usually, they would do this when the application is in production. Still, you cannot completely rule out an attacker targeting the development environment too to get a foot in early.

Either way, whenever malware or a major vulnerability is discovered once an application is in production, the potential damage to the developer’s or company’s reputation is huge. The continuous vulnerability testing of a DevSecOps project means gaps are captured early.

Other benefits include greater agility and speed for security teams, the capacity to respond to needs and changes fast, better communication and collaboration among teams, more opportunities for automated testing, enhanced product reliability, and advances in operational efficiency across multiple departments.

There can be obstacles to moving to DevSecOps given shortcomings in existing developer responsibilities, governance structures, and the lack of skills and solutions.

In particular, the number of security professionals with hands-on experience in DevSecOps is relatively low. There’s also no one-size-fits-all due to differences in policies, infrastructure, and business requirements.

Fortunately, none of these challenges is insurmountable. Once the compelling business benefits of DevSecOps become apparent to a wider pool of organizations and security experts, this new mindset will be widely embraced as a natural successor to DevOps.

Application security was often treated as an afterthought. It was considered a roadblock to gaining or maintaining a lead over the competition. Bypassing or trivializing security is however a risky strategy that could have far-reaching repercussions once the app is in production.

DevSecOps is about building security throughout development. DevOps teams must automate security to protect not just the development environment and data but also the CI/CD process. It helps organizations release code quickly but securely.

So far, businesses who adopted this philosophy have experienced positive results thanks to integrating security, shortening feedback processes, improving controls, and reducing incidents through shared responsibility.

If you are going to do DevOps well, it must have a security component. That is DevSecOps in a nutshell.