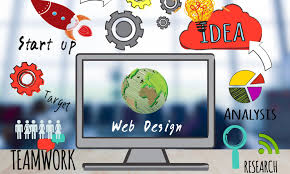 Every Monday, we take a step back and look at all the cool stuff that went down during the previous week. Last week Microsoft acquired AdoptOpenJDK contributor jClarity, OpenJFX could be headed for GitHub & more. Let’s take a look.

On Tuesday last week, we got some pretty big news in the Java world – Microsoft announced its acquisition of jClarity, London-based provider of software performance analytics and tuning and leading contributor to the AdoptOpenJDK project.

We got some more to think about on Thursday, too. OpenJFX is currently hosted on Mercurial, but with Project Skara in the pipeline and JavaFX already partially on GitHub, OpenJFX project lead Kevin Rushforth thinks it’s time to talk about moving OpenJFX there as well. It couldn’t have come at a better time because Bitbucket announced this week that they are shutting down Mercurial for good next summer.

Two new JDK Enhancement Proposal (JEP) drafts propose to make changes to garbage collection in the next JDK. One wants to remove Concurrent Mark Sweep garbage collector, since it was deprecated two years ago, and the other wants to make Z Garbage Collector available to macOS users as well.

Ruby on Rails 6.0 is here, and it’s action-packed!

It’s been a long time coming and it looks like it was worth the wait! Ruby on Rails 6 brings a whole heap of changes with it. In addition to fixes and improvements, there’s also Action Mailbox, Action Text, Parallel Testing, multiple databases & more.

It’s been a little over a month since the last update, and now Git 2.23 is here with some new features, changes, and fixes. Some new experimental commands and new additions to existing commands are just a taste of what’s new in the latest version.

What’s new in our Angular 9 update thread? The latest update includes some performance improvements for ivy, a few new features, bug fixes, and one breaking change.

How DevOps can migrate to the cloud without sacrificing security

DevOps means development is moving faster than ever. How is it possible to ensure everything is secure, especially when migrating to the cloud? Ivan Novikov took a close look at how to keep everything moving at pace without leaving gaping security gaps behind.

The time for serverless is now – tips for getting started

Just because everyone is talking about something, that doesn’t mean it’s actually worth your time. Chris Wahl shares his experiences getting to grips with serverless technology, what he learned throughout the process, and whether, ultimately, serverless is something worth considering.

Serverless interview: AIOps steps in when things get too complex for humans

Serverless computing is a hot topic – indeed, we got a double dose last week! – and as more and more companies and ecosystems adopt it, computing environments get more and more complex. We spoke to Matt Chotin, Senior Director of Technology Strategy at AppDynamics about using application performance monitoring and AIOps to improve your serverless setup.