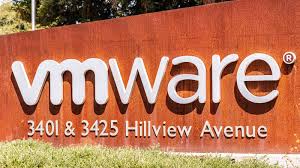 Source:-investorplace.com
VMware (NYSE:VMW) stock has begun to recover from a summer its investors would like to forget. The Palo Alto, California based virtual machines and data center leader started strong in the years before the financial crisis, but VMware stock has since stumbled.

As its virtual machines became more commonplace, VMware steadily faded from the headlines. The stock began to gain some traction price-wise before it started a massive decline over the summer.

Now, thanks to a new niche within the cloud, VMW stock may not only recover its stock price growth, but it should begin to see its best years since soon after its 2007 IPO.

A New Catalyst and VMware Stock

VMW stock appeared to ruin what had looked like a strong run in the equity. Over the summer, it made several purchases. This made investors nervous, and it fell as much as 38% over the summer.

However, that attitude seemed to turn around with a recent acquisition. VMW stock bottomed as it announced its deal to purchase Pivotal Software (NYSE:PVTL) for $2.7 billion. This set off a surge in the equity that has taken VMW from its 52-week low of $128.69 per share to about $153 per share as of the time of this writing.

So has this subsidiary of Dell Technologies (NYSE:DELL) and one-time pioneer of virtual computing finally turned the corner? I think in some respects, the answer is yes. As Dana Blankenhorn points out, the company has created a system where companies can have private clouds, where these private clouds work only with public clouds on an “as-needed” basis.

In the cloud’s early years, I remember from my time in the corporate world how my managers expressed skepticism about the idea of cloud storage for security reasons.

I do not think those concerns ever truly went away, and the private cloud concept addresses many of these concerns. Now that it can also link to the public cloud when needed, data becomes not only more secure but also more useful.

Hence, VMware’s new offering brings a self-evident value proposition. The question for traders is what that will do for VMW stock? The forward price-to-earnings (PE) ratio of 20.9 and the earnings growth rate of 3.5% this year and 11.3% next year indicates a fair valuation.

However, VMW stock is long past its early years. Right now, it trades only about 22% higher than its 2007 peak when it attracted Twilio-like valuations. At a $62.1 billion market cap, VMware has become a mature entity.

Still, the PE ratio falls under that of the S&P 500, which currently stands at about 22.3. Also, its much larger public cloud partners, Amazon (NASDAQ:AMZN) and Microsoft (NASDAQ:MSFT) trade at higher valuations. MSFT supports a forward PE of 23.4 and Amazon’s stands at about 54, both amid higher growth.

Due to the potential of the private cloud, I think the profit forecasts will move higher. While I do not see a multiple compared to that of some start-up companies, I can see multiple expansion to the point where it at moves to levels above S&P 500 averages.

The bottom line on VMware Stock

Amid a push into the private cloud, VMW stock should finally begin its recovery. Despite widespread adoption, security concerns still fuel mistrust of the cloud. VMware’s private cloud addresses many of those concerns. Thanks to partnerships with public cloud companies such as Amazon or Microsoft, it can benefit from links to the public cloud with fewer security concerns.

Perhaps those benefits will extend to VMW stock. Despite a general uptrend over the last three years, VMware stock has failed to achieve a cloud-like valuation. Even after its begun its recovery from the summer pullback, it trades at a level barely over 20 times forward earnings.

Given the uncertainty of the overall market and the maturity of VMware itself, investors should not expect triple-digit PE ratios. Still, traders can make a significant profit if the PE and growth rates catch up to that of its larger peers. That in itself makes VMW stock a buy.