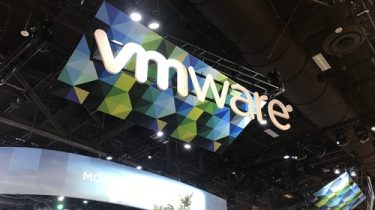 VMware is looking to drive telcos to more agile cloud architectures with the help of three startup acquisitions this summer.

VMware kicked off its shopping expedition by purchasing Avi Networks, which makes a virtualized application delivery controller, in a deal consummated in July. Then VMware announced intent to buy Bitfusion, which orchestrates application workloads to land on the optimum Graphic Processing Unit (GPU), either locally or across a network. And it closed its triple-play buy announcing intent to buy Uhana for AI-driven mobile network optimization.

What the three acquisitions have in common from a telco perspective is that they make VMware a better partner for moving network control to a cloud architecture, Shekar Ayyar, VMware executive vice president and general manager of telco and edge cloud, tells Light Reading.

Avi extends NSX networking to control Layer 4–7 services — in other words, the layers above the network itself, including applications. In telco terms, that enables moving virtual network functions (VNFs) to the optimum location on a telco cloud, load-balancing VNFs for best performance, latency and managing simultaneous events, Ayyar says.

Bitfusion extends the VMware ESX architecture, which now manages workloads on X86 architectures, to GPUs. Those types of chipsets are now associated most often with artificial intelligence applications, but they’re also important to video processing, gaming radio access network (RAN) network functions, or any other application requiring real-time media. By moving workloads to the optimum GPU, either across a server or across a network, Bitfusion better positions VMware to provide technology to help telcos provide video services, and optimize their RANs, Ayyar says.

Both Avi and Bitfusion help VMware with both its telco and enterprise business. Uhana, the third acquisition, is telco-specific, using AI to optimize RAN performance, Ayyar says.

And VMware may not be done shopping. It’s looking for acquisitions that can help it provide improved intelligence, manageability and security, Ayyar says.

VMware has historically looked to acquisitions to build its networking strategy. It shelled out more than $1 billion to buy SDN pioneer Nicira in 2012, which became the foundation of its NSX software. It acquired SD-WAN startup VeloCloudfor $449 million in 2017. Both NSX and SD-WAN are now mainstays of VMware’s business.

While VMware did not disclose the terms of its latest three acquisitions, they are far smaller than Nicira and VeloCloud, and likely to be less strategic. But they provide value to VMware, and its customers, nonetheless.

Traditionally an enterprise vendor, VMware see telcos as a strategic opportunity. Other enterprise vendors are making forays into the telco market too, but to them it seems like an afterthought. VMware recognizes the telco opportunity from the top; CEO Pat Gelsinger said he sees the telco opportunity as “enormous” during a keynote at the VMworld customer and partner conference a year ago. This year’s VMworld is in a couple of weeks; we’ll see what, if anything, Gelsinger has to say about telcos then.

VMware’s telco focus comes at an opportune time, as telcos are becoming sensitive to the limited choices they face in networking gear: Huawei, Ericsson, Nokia and a bunch of unproven startups, specialists and other challengers. All three incumbents face potentially life-threatening problems: Huawei is caught in the conflict between the US and China like a rag in a tug-of-war between two big dogs, and Nokia and Ericsson are both facing financial difficulties. My colleague Iain Morris compares today’s telco market to the oil crisis of 1973, when the Organization of Petroleum Exporting Countries (OPEC) slapped an embargo on Western nations, which set the West on a multi-decade journey that ultimately led to alternative petroleum sources and crippling OPEC.

Similarly, today, the world’s telcos don’t want to depend on three companies — which could dwindle to two, or one — for crucial equipment. They’re looking for alternatives, and VMware is looking to fill that gap.