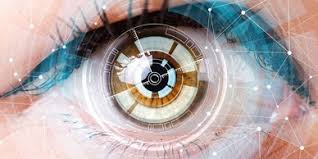 Secure access service edge (SASE) saw rapid growth during 2020 as enterprises grappled with the abrupt and unceremonious shift to remote work in the wake of a global pandemic. But while the technology addressed many of the security challenges associated with a remote work force, it didn’t necessarily solve the problems faced by the workers themselves.

Dropped Zoom calls, applications running at a glacial pace, and bad WiFi have become a fact of life. And these challenges have put a new burden on IT teams tasked with keeping employees connected and productive.

“All the user knows is that ‘my Office 365 access is not working,’ and I have an IT staff that’s generally a small team trained to troubleshoot corporate networks in an enterprise office environment. Now they have all these home users and a huge number of them are calling in asking for help,” explained Craig Connors, CTO of VMware’s SD-WAN and SASE business, in an interview with SDxCentral.

It’s at this juncture that companies like VMware hope artificial intelligence operations (AIOps) platforms can help.

VMware’s SASE Gets Smart
In retrospect, VMware’s timing couldn’t have been better. The company announced the acquisition of AIOps vendor Nyansa a year ago this week. Since then, Nyansa’s Voyance platform, now rebranded as Edge Network Intelligence, has become an integral part of VMware’s SASE.

“The acquisition of Nyansa was made in large part to bring AIOps and this intelligence into SD-WAN to facilitate a move from point-to-point error correction methodologies that we have applied historically in SDN to a broader end-to-end, network-based approach,” Connors said.

Prior to its integration with VMware, Nyansa could pull in real-time and historical data from devices on the network. This information was processed through a series of machine learning and AI algorithms designed specifically to identify and remediate network disruptions.

“Using all of that data, they could build a very robust set of information about what problems were occurring and where on the LAN,” said Connors.

VMware has since taken these capabilities and integrated it into its SD-WAN appliance, he explained. “And because it’s a border gateway between the LAN and the WAN, we’re able to not only detect when application problems and connectivity problems are happening, but we’re able to isolate the fault to whether it is a LAN problem or WAN problem.”

This, he said, is critical because most of the issues remote workers are facing today aren’t actually with their WiFi or LAN. “It’s the fact that when a user has a problem and they call the help desk, the help desk is really at a loss for how to help them troubleshoot the problem and fix it.”

To further empower these capabilities, VMware has begun integrating with key applications like Zoom to gather metrics on call performance. This allows users to get a better picture of how applications are performing.

And those insights aren’t siloed to one enterprise customer, said Connors.

“We have this huge user base that are all going through our gateways, so you may not be on a Zoom call yet when we identify that users in your area traversing a certain gateway are having Zoom issues,” he said, adding that traffic can be rerouted around the disruption before an issue occurs.

AIOps Is Becoming a Differentiator
VMware isn’t the only SD-WAN, or even SASE vendor, employing machine learning to identify and remediate disruptions. Open Systems, another SASE vendor, made several acquisitions early last year to bolster its AIOps capabilities, particularly around security.

Meanwhile, both Aruba and Juniper — two companies that recently entered the SD-WAN market with the acquisition of Silver Peak and 128 Technologies respectively — have made steady investments in AIOps capabilities to combat network disruptions and resolve application performance challenges.

However, Connors argues that VMware’s ability to draw in data from its points of presence and use that information to reroute traffic around disruptions is what sets it apart from other vendors.

“If you’re not able to reroute folks through the cloud or apply error corrections across the last mile and give someone a high-quality handoff into Zoom, you can’t fix Zoom problems,” he said, adding that VMWare’s distributed SD-WAN gateways and SASE architecture allows the vendor to do just that.