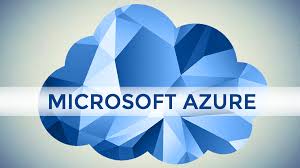 In the lead up to the US July 4th holiday, Microsoft issued fewer announcements than at other points in the month of June. After the company’s announcement of dedicated Middle East Azure regions, based in the UAE, other competitors are assessing their next move. Alibaba Cloud, one of the few non-US based large cloud players, is reportedly holding off on building a second data center in the UAE because the capacity of its first facility in the region hasn’t yet been reached.

Starting July 1, users have access to new filters on event logs, Kubelet health and note network performance tracking and other capabilities for Azure Monitor for Containers. Azure Data Factory logs can be accessed as their own tables with Azure Monitor. Azure Diagnostics is in effect the legacy approach, with all data from different Azure services “dumped” together. But in the new approach, Resource Specific logs will be sent to different tables for every category.

Following on to a slate of VM updates at the end of June, Microsoft released B12ms, B16ms and B20ms-series VMs to meet growing customer demand for more CPU controls. The new sizes are intended to deliver cost savings for “peak and valley” scenarios. This is particularly useful for dev and test workloads Microsoft reported usage prices for Linux in the US West region, hourly, ranging from .59 to .99 US dollars.

The Build 2019 event at the start of June served to highlight new machine learning offerings. Microsoft continues to expand on these themes, such as the new Azure Machine Learning CLI which is designed to improve packaging, running and registering models and experiments.

Microsoft is previewing an Azure API Management extension for Visual Studio Code. The extension will support importing OpenAPI specs, editing and deleting APIs, testing, associating and altering policies. The API Apps icon is no longer visible on Azure Portal, because Web Apps has the same functionality. However, customers will be able to search API App to access the previous experience.