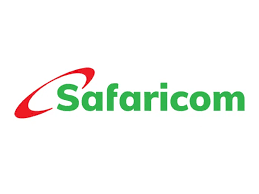 Brazilian mobile market leader Telefonica Brasil (Vivo) performed tests with Amazon Web Services (AWS) for the native operation of the core of a 5G standalone (5G SA) network in the cloud, and the results were validated for the performance parameters of a 5G SA network.

According to a report in Teletime, the use of a cloud core is a viable option for the evolution of mobile networks even in the face of the need for immediate evolution to standalone networks (which in Brazil has become an obligation of the 5G notice).

The provision of SA 5G functionality has also been identified as a priority by Brazil’s National Telecommunications Agency (Agencia Nacional de Telecomunicacoes, Anatel).

The tests were carried out in Brazil, but are valid for the other operations of the Telefónica group. Technologies from different network function providers were used in the proof of concept with AWS: Nokia, Oracle, and Mavenir.

The tests showed that Telefónica’s Vivo can build its 5G core on AWS going forward, as one of the latest operators looking at cloud infrastructure for standalone 5G.

“Thanks to this project, Telefonica has reached a clear milestone in its 5G plans in Brazil and also for its deployment strategy in the group, where cloud-native 5G platforms allow a wide range of private and public infrastructure options,” said Telefonica Cayetano Carbajo, Director of Core, Service Platforms and Transportin Telefonica CTIO.