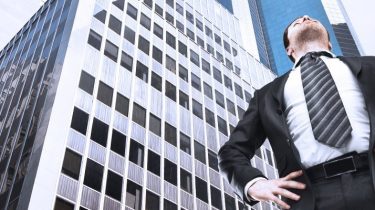 Certifications are a popular option for candidates to gain credibility in a certain technology. Learn how AWS Heroes and Microsoft MVP programs help IT pros stand out from the crowd.

Corporations often look to the certifications on an IT pro’s resume to validate their mastery of specific technical skills. However, there are two distinctions in the cloud market that illustrate candidates are not only well-versed in a particular technology, but that they also understand the big picture and can articulate a technology’s potential use: Microsoft MVP and AWS Hero.

The IT pros who hold these awards are typically obsessed with technology and capable of solving complex problems. And yet, these programs are not always well known. “Some CIOs think a Microsoft MVP plays on the softball team,” said Sam Cogan, a solutions architect at a large financial services company and a Microsoft MVP.

Those in the AWS Heroes and Microsoft MVP programs go beyond surface IT issues, and grasp problems from different angles. “Whenever I am given a problem, I do not just want to solve it,” said Shaun Cassells, a Microsoft MVP. “I want to run it into ground by looking deeply into what caused the problem and seeing how to address those issues as well.”

The AWS Heroes program, which began in 2014, recognizes AWS experts who go above and beyond. The vendor divided its awards into four areas of specialization:

MVPs are technology experts who are constantly looking to expand their technical knowledge, as well as find out how these technologies work. “Whenever new technologies emerge, I want to understand how they work. Getting a certification demonstrates that I have that knowledge,” Cogan said.

So how do you earn these monikers?

Microsoft has a nomination process by which a Microsoft full-time employee or currently active MVP recommends a candidate. Then, a notification form with a link and instructions for completing the MVP Award nomination application are sent to the candidate. Microsoft’s Community Management team, which consists of 17 company executives from around the world, determines if a candidate is worthy of the position. For AWS, the process is similar but individuals can also nominate themselves.

Part of the community

Networking is a big benefit with the AWS Heroes and Microsoft MVP programs. Currently, there are more than 100 AWS Heroes globally. The MVP community is much larger by comparison. It consists of more than 4,000 people in 90 countries. Additionally, Microsoft holds an MVP Global Summit, an annual event that features in-depth technical discussions, feedback sessions and networking with fellow MVPs and Microsoft personnel.