Solving the Data Explosion with Fog and Edge Computing 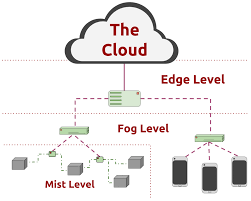 As the number of IoT devices continues to increase – a predicted 75 billion by 2025 to be exact – so do data requirements. In fact, it’s estimated that IoT will generate more than 500 zettabytes of data per year by the end of 2019.

To create an environment where IoT devices and applications are seamlessly connected to one another, and their end-users, sufficient computational and storage resources are needed to perform advanced analytics and machine learning, which the cloud is capable of doing. However, cloud servers are often located too far away from the IoT endpoints to be able to effectively transmit time-sensitive data to and from billions of “things” across vast distances. This has driven the move towards edge and fog computing.

Living Life on the Edge

RELATED
IoT and Edge: a Marriage Made in Heaven
Edge computing allows for data to be processed closer to its origination, significantly reducing network latency. By physically bringing processing closer to the data source (such as IoT devices), there’s less distance that data needs to be sent across, improving the speed and performance of devices and applications. However, there are limitations with undertakings, like real-time analysis and machine learning.

Edge computing has led the way for the emergence of fog computing – a term first coined by Cisco to signify decentralized computing architecture that acts as an extension of cloud computing. The storage and computing of data are distributed most logically and efficiently, located between the cloud and the data source. Fog computing is seen as a complementary strategy for how edge computing can be effectively implemented while providing the compute, network, and storage capabilities of the cloud. It is estimated that the revenue produced by the fog computing market will increase by 55% between 2019 and 2026.

Seeing Through the Mist

When broken down, fog computing was created to accompany edge strategies and serve as an additional architectural layer to provide enhanced processing capabilities that the edge alone cannot always do. There are many similarities between fog computing and edge computing, such as that they both bring processing closer to the data source. However, the main difference between the two is where the processing is taking place.

While fog computing offers many of the same advantages as the cloud, the cloud has limitations such as being centralized and located further away from the data source, thus increasing latency and limiting bandwidth. It’s not always practical to transmit vast amounts of data all the way to the cloud and back again, especially for scenarios when processing and storage on a cloud-scale are not necessary.

Digital transformation means something different to every business. Meeting these new transformation challenges is forcing organizations to reconcile new architectural paradigms. For example, a highly centralized architecture often proves to be problematic as there is less control over how organizations can connect to their network service providers and end-users, ultimately causing inefficiencies in their IT strategies. At the same time, however, solely relying on small, “near edge” data centers could become expensive, putting constraints on capacity and processing workloads, and potentially creating limitations on bandwidth.

Increasingly we’re seeing organizations look to multi-tenant data centers to better support distributed architectures. It’s best to think of IT infrastructure in terms of layers. The first layer consists of enterprise core data and applications, where intellectual property, high-density computing, and machine learning can live. From there, organizations can continue to add layers such as cloud computing services, distributed multi-site colocation, and 5G aggregation as part of an edge delivery platform. Through a multi-tier distributed architecture, organizations will gain control over adding capacity, network, compute, storage, and shortening distances between your workloads and end-users. Ultimately this enhances performance and promotes an improved data exchange.