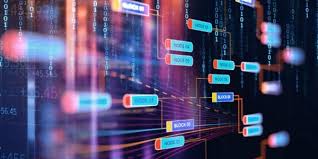 Vendors are competing to fill the gaps in container use, which includes security, networking, data services and management and orchestration. Increasing number of open source software projects and commercial backing received by these projects is driving the market. Open source community efforts are preferred compared to the vendor specific tools and services. Software container market has high potential to grow in the future as new technologies are emerging to improve the current architecture of containers. Partnerships and co-operation between the vendors and service providers in the software container market are expected to fulfill the growing demands of implementation and support from the enterprise segment.

Startups and new entrants are integrating with the big players to use the existing channels and provide innovative solutions for software container requirements. Software containers are a complete solution for changing computer environments as they store the entire runtime environment required for an application or software such as the libraries, configuration files, dependencies and other binaries. It has increased the convenience for enterprises and is the main reason behind their increasing adoption. Containers provide lightweight and efficient services compared to virtualization technology. Containers have a single operating system which they share with other containers using kernels. It results in low consumption of resources compared to virtualization. Size of the container is only in tens of gigabytes whereas size of the virtual machine including its operating system could be up to several gigabytes. Due to the smaller size of containers, server can store large number of containers compared to a few virtualization machines. Also, boot time is reduced significantly with the help of containers. These advantages of software containers over virtualization technologies are increasing their popularity and driving the demand. However, the security capabilities of the containers could be questioned as they are not able to provide the same level of isolation provided by hardware virtualization. Innovative technologies are being implemented to improve the security capabilities of the software containers.