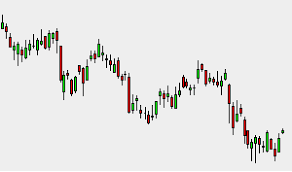 Headquartered in Tokyo, SoftBank is one of Japan’s largest telecommunications service providers. In 2015, the company adopted the slogan “Half & Twice” which aimed to reduce manual efforts and costs by half through the use of technologies and simultaneously double productivity and creativity. In 2016, they adopted the slogan “Smart & Fun!” to encourage employees to use the time saved through the use of technologies for innovative and creative activities to further the business. As part of this initiative, the company looked to reduce manual efforts by automating the process of updating SSL certificates on load balancers used for server access of back-end of websites for the general public, in addition to in-house systems.

SSL certificates are important for the security of a server connection, however, updating each system required different operators and procedures. For the updates, SoftBank needed to prepare a manual for each operation with each update taking 30 minutes to two hours to perform and dependent on individual skills. Additionally, changes to industry rules now required more frequent updates to SSL certificates — requiring SoftBank to make updates about 800 times per year.

To automate the process of updating SSL Certificates and reduce work hours, SoftBank deployed Red Hat Ansible Tower. Using Red Hat Ansible Tower, SoftBank reports a reduction in the time required for updating from as much as two hours down to as little as 20 seconds. SoftBank has also been able to reduce work hours for updating by 99%. Additionally, using Ansible Playbooks to share automation across the company, updates can now be performed more accurately and quickly. SoftBank reports that burdens on employees who conducted the updates at night were also reduced, and spare time has been used to learn new skills and improve operations.

To execute the initiative, SoftBank worked closely with Red Hat Consulting. The consulting programs led to further improvement and automation of operations, and about 30% of employees in the department using Red Hat Ansible Tower obtained a “Red Hat Expert Certificate – Ansible Automation.” SoftBank currently has plans to further automate operations and expand the devices automated with Red Hat Ansible Automation including datacenters inside and outside the company, networks, appliance devices for internal networks, and existing servers.

Certain statements contained in this press release may constitute “forward-looking statements” within the meaning of the Private Securities Litigation Reform Act of 1995. Forward-looking statements provide current expectations of future events based on certain assumptions and include any statement that does not directly relate to any historical or current fact. Actual results may differ materially from those indicated by such forward-looking statements as a result of various important factors, including: risks related to the ability of the Company to compete effectively; the ability to deliver and stimulate demand for new products and technological innovations on a timely basis; delays or reductions in information technology spending; the integration of acquisitions and the ability to market successfully acquired technologies and products; risks related to errors or defects in our offerings and third-party products upon which our offerings depend; risks related to the security of our offerings and other data security vulnerabilities; fluctuations in exchange rates; changes in and a dependence on key personnel; the effects of industry consolidation; uncertainty and adverse results in litigation and related settlements; the inability to adequately protect Company intellectual property and the potential for infringement or breach of license claims of or relating to third party intellectual property; the ability to meet financial and operational challenges encountered in our international operations; and ineffective management of, and control over, the Company’s growth and international operations, as well as other factors. In addition to these factors, actual future performance, outcomes, and results may differ materially because of more general factors including (without limitation) general industry and market conditions and growth rates, economic and political conditions, governmental and public policy changes and the impact of natural disasters such as earthquakes and floods. The forward-looking statements included in this press release represent the Company’s views as of the date of this press release and these views could change. However, while the Company may elect to update these forward-looking statements at some point in the future, the Company specifically disclaims any obligation to do so. These forward-looking statements should not be relied upon as representing the Company’s views as of any date subsequent to the date of this press release.