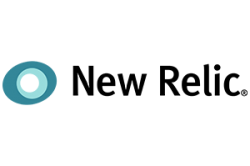 New Relic (NYSE:NEWR) last posted its quarterly earnings data on Tuesday, August 6th. The software maker reported ($0.16) EPS for the quarter, beating the Zacks’ consensus estimate of ($0.18) by $0.02. The business had revenue of $141.01 million during the quarter, compared to analysts’ expectations of $139.73 million. New Relic had a negative return on equity of 8.55% and a negative net margin of 9.93%. The business’s revenue was up 30.3% compared to the same quarter last year. During the same period in the previous year, the business earned $0.15 earnings per share. On average, equities research analysts anticipate that New Relic will post -0.68 EPS for the current fiscal year.