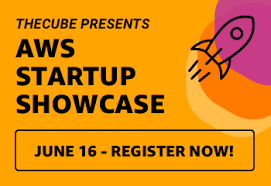 Shipa Corp., a Kubernetes application development and management platform, today announced the launch of Shipa Cloud that will assist developers, DevOps teams and platform engineers with the management and support of cloud-native applications.

Shipa Cloud provides a secure developer-centric platform for managing operating applications on Kubernetes. This includes the automatic creation and deployment of all objects.

It operates within the application layer and ensures that developers can observe the app’s entire context without interacting with infrastructure or tinkering with Kubernetes under the hood. As a result, the developers and engineers involved in the process do not need Kubernetes expertise.

“Kubernetes is a powerful and requisite tool for modern application development, but for too many enterprises now leveraging it, it remains frustratingly complex to manage,” said Bruno Andrade, chief executive of Shipa. “We launched Shipa in 2020 to take many of those infrastructure tasks off developers’ plates.”

Shipa Cloud features and benefits include the elimination of existing YAML and Helm charting, post-deployment observability, easy setup and governance and out-of-the-box integration with many cloud-native tools.

Upon installing Shipa Cloud, DevOps teams no longer need to update YAML files constantly and maintain policies for automated governance. The company says it will do that itself to deploy applications, so teams can stay in touch with Kubernetes environments through the interface.

Shipa Cloud also allows DevOps teams to set policies for governance easily– for example, policies can be applied across the entire application stack. Once deployed, it can apply to network security, user roles, resource consumption and much more.

“We enable developers to focus on application deployment and management, while also empowering DevOps to set up the control and compliance policies they require,” said Andrade.