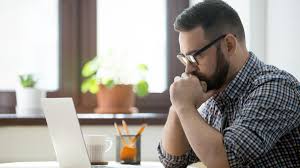 A couple of months after announcing a strategic partnership with Google Cloud, ServiceNow is expanding its cloud commitments with Microsoft.

Cloud-automation platform vendor ServiceNow is planning to make its full software-as-a-service platform available on Microsoft’s Azure in addition to its own private cloud. The July 9 announcement is an expansion of an alliance between the two companies originally announced last fall.

Like a number of other independent software vendors (ISVs), such as Adobe, ServiceNow is committing to making Azure Cloud its “preferred cloud platform” (not its exclusive one).

In ServiceNow’s case, this commitement calls for Azure to be “part of its preferred cloud platform for certain highly regulated industries.” ServiceNow will first be available through Azure regions in Australia and Azure Government in the U.S., followed by additional markets “in the future,” according to ServiceNow’s press release.

In return, Microsoft is planning to implement ServiceNow’s IT & Employee Experience workflow products across its own business, the press release says.

Azure isn’t the only cloud platform with which ServiceNow has ties. In May 2019, ServiceNow announced a strategic partnership with Google Cloud. ServiceNow officials said they would add native support for Google Cloud to its IT Operations Management service and use Google’s real-time language translation in its Service Management product. Various integration points between Amazon’s AWS and ServiceNow also are available.