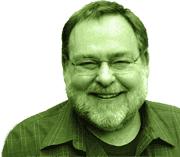 Programming language rankings get regular headlines, and they should, at least from trend trackers like us. Among my favorite is the RedMonk quarterly, published this week. I like the methodology of their system, which extracts data from GitHub and Stack Overflow and combines them for “a ranking that attempts to reflect both code (GitHub) and discussion (Stack Overflow) traction.”

In other words, it correlates what the cool kids are talking about with actual language usage “in an effort to extract insights into potential future adoption trends.” It’s a mix that makes it meaningful.

The latest ranking was posted by veteran industry analyst Stephen O’Grady on his RedMonk blog. “GitHub and Stack Overflow are used here, first, because of their size, and second, because of their public exposure of the data necessary for the analysis,” he wrote.

There’s quite a lot of change afoot in the programming world, the analysts found, but constant has been the rise of Python, which has maintained its top ranking ahead of Java. “Java was extremely hot on Python’s heels – and was in fact closer to the number one ranking than to PHP behind it – but Python’s ability to defend its new high ranking is notable,” O’Grady wrote.

Half of the Top 20 languages experienced “a degree of movement,” O’Grady added, “which is very unusual. It’s difficult to attribute this definitively to any higher level macro trends, but the data is consistent with an industry that picked the pace back up in the last two quarters of the year after the initial chaos of lockdowns and so on gave way to livable if extremely suboptimal new routines.”

JavaScript is holding its own in the rankings. “[I]t is worth noting just how robust JavaScript’s performance remains,” O’Grady observed. “In spite of all of the competition from up and coming languages, all the discussion of fragmentation and even criticisms of JavaScript the language itself, it remains remarkably popular.

JavaScript pull requests are up 453% since Q1 of January of 2018, and they were up 96% from the last quarter “on an already massive base of commits.” ‘

‘Simply put, JavaScript remains – its detractors notwithstanding – a force of nature like no other within the industry,” he wrote, “and there are no indications in the data that this is likely to change any time soon.”

TypeScript, which is a superset of JavaScript, moved up for the sixth of its latest eight quarterly RedMonk rankings, “and its popularity is evident when one looks around the industry.” Ruby is on a gentle long-term downward trajectory, the analysts found. Go is slipping, too. R, a language for statistical computing and graphics, appears to be on a slow upswing. Both Kotlin and Rust showed signs of growing popularity. And Dart, an open source, purely object-oriented, optionally typed, and a class-based language, has risen since the advent of the Flutter framework.

Th RedMonk report surrounds a cool plotting of the language rankings with detailed analysis of key trends over the past quarter. As far as I’m concerned, it’s a must read.