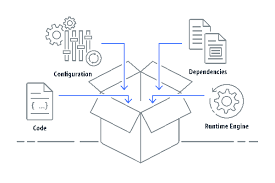 Red Hat on Wednesday announced it has added new developmental tools and automation capabilities to its latest version of OpenShift.

OpenShift 4.2 is aimed at speeding up the development of cloud-native applications that are based on Kubernetes. The new bells and whistles on OpenShift are also a counter of sorts to VMware’s announcements this year that it was buying Pivotal Software, which it already owned a stake in, to bolster its Kubernetes war chest.

OpenShift 4.2 was designed to make cloud-native technologies easier to use and more accessible for developers by including capabilities that automate the set-up and management of Kubernetes environments. It also includes ready-to-use developer services that address needs around service mesh, serverless execution and cloud-native CI/CD pipelines, all of which were designed to help fuel developer productivity around Kubernetes-based applications, according to Red Hat.

The updates to OpenShift include:

• Red Hat OpenShift Service Mesh is designed to simplify the development, deployment and management of microservices-based applications on OpenShift.

• Knative-based Red Hat OpenShift Serverless helps to lower costs by running applications that can scale down to zero while remaining responsive to user requests and then scaling up on-demand.

• Red Hat OpenShift Pipelines runs each step of the continuous integration/continuous delivery (CI/CD) pipeline in its own container, allowing each step to scale independently to meet changing demands.

Red Hat is also offering new tools to help customers migrate from previous versions of OpenShift to the newest version. To help improve the OpenShift experience across heterogeneous deployments and systems, including those that handle sensitive information, Red Hat OpenShift 4.2 adds installer enhancements across environments, including support for disconnected installs.

“More and more organizations across industries and around the world trust Red Hat OpenShift to run their most critical business applications,” Red Hat’s Ashesh Badani, senior vice president, cloud platforms, in a statement.  “We continue to prioritize making the next generation of enterprise open source technologies like Kubernetes even more accessible to developers while also keeping administrator priorities in balance. With these goals in mind, OpenShift 4.2 delivers on features to help customers accelerate application development and delivery.”

On the heels of closing its $34 billion deal to buy Red Hat June, IBM announced a raft of pre-integrated solutions on OpenShift in August. According to an IHS Markit report by IHS Markit’s Vladimir Galabov, senior analyst, the most significant outcome of that integration was the inclusion of Istio because it appeals to enterprises running containers and virtual machines on-premises and distributed across multiple clouds.