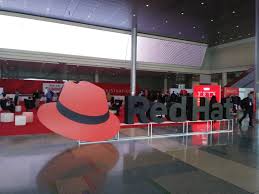 Red Hat on Monday announced a series of updates to the Ansible Automation Platform, a platform that helps devOps teams create and share resources for the automation of application and infrastructure deployments. The platform will be offering improved analytics capabilities, a new way to curate automation resources, as well as more certified automation content.

Introduced late last year, the platform is designed to bring scale automation across an enterprise’s projects and teams. Red Hat said the platform’s goal of enabling enterprises to “do more with less” is as relevant as ever, given the economic tumult of the past month.

In late May, Red Hat will be rolling out the Automation Services Catalog, giving organizations a way to maintain the controls and compliance requirements that must be met to extend automation throughout the enterprise. As part of that, the catalog provides lifecycle management for automation resources.

Additionally, Red Hat is bringing more certified content to Ansible Content Collections, which makes it easier for users to share and consume content such as modules, plugins, roles and playbooks. There are now more than 1,200 certified Ansible Modules available ,n Automation Hub, a centralized content repository for Red Hat and its partners. That’s up from 100 in November.

Lastly, Red Hat is adding new analytics features and capabilities to help users get a better understanding of how their automation actions are performing. The enhancements include improved filtering, which lets users filter down to individual Red Hat Ansible Tower clusters and by date. It includes new job stats, such as the number of total runs, total time, average time, success rate and the most failed task. And within organizational statistics, there’s new filters to help compare automation adoption between organizations.