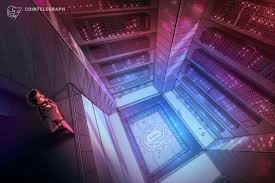 The blockchain company is looking at increasing their user base in the enterprise blockchain solutions offered with the recent acquisition of a top sales talent from Docker Inc. Minter has an exemplary track record across the companies she has previously worked for including Oracle, KPMG, SAP and SpaceTime Insight among others.

Minter has grown through the computer cloud era learning a lot on the space finding herself finally joining the blockchain space with R3. The new CRO at R3 Corda expects decentralized blockchain platforms to provide a challenge given the lack of belief across the system. She remarked,

They [customers during her cloud computing days] would kind of look at you and say they would never move data out of a data center to the cloud. Now I’m at R3, I find similar feelings around blockchain. It’s about education and evangelizing.”

The self-proclaimed blockchain evangelist remains unfazed by the scale of FUD and negativity surrounding the blockchain space at the moment.

She expects the growth rate in the number of enterprises using R3 solutions to grow further in the coming year. She said,

R3’s popular platform, the R3 Corda, is an open-source platform that allows developers to create and experiment on decentralized applications on Corda DApps. The enterprise-focused platform further provides real-time response services around the clock, mentorship and development solutions to their customers and predictable release schedules.

The current corporate structures are looking at integrating blockchain in a bid to make data transactions cheaper and more efficient in these highly demanding IT environments. R3 managing director Charley Cooper was on hand to praise the enterprise system saying,It includes the world’s only Blockchain Application Firewall, which enables the platform to be deployed inside corporate data centers and is optimized for use within these highly demanding IT environments,”

Despite the continued growth of R3 Corda, the blockchain firm was not able to meet its $20 million USD revenue target – slightly missing it by $2 million USD. However, the company has witnessed a healthy year-on-year revenue growth as more enterprises experiment with its network.

R3 is making steady progress in its adoption steps as seen with recent developments from the firm. Earlier in the month, R3 announced the launch of the tokens toolkit that allows users to build enterprise tokens on Corda platform. In June, the company welcomed a new partner in BlockState, a Swiss-based blockchain security firm announced they will be moving their tokens from the ERC-20 standard to Corda blockchain.