Prediction: These Will Be the 10 Largest Stocks by 2035 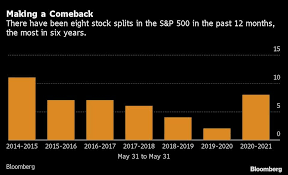 If there’s one constant on Wall Street, it’s that nothing remains constant for long. The combination of technological innovation, competitive advantages, acquisitions, and other tangible and intangible factors has a tendency to shake-up the world’s largest companies on a regular basis.

For example, in 2004, General Electric, ExxonMobil, Pfizer, Citigroup, Walmart, BP, AIG, Intel, and Bank of America were nine of the 10 largest publicly traded companies by market cap. None are still in the top 10 just 17 years later. In fact, AIG isn’t even in the top 250 anymore.

What might the top 10 look like in 2035? Frankly, we don’t know. But given a number of proliferating high-growth trends, it won’t stop me from making a prediction. In 14 years, these are likely to be the world’s 10 largest publicly traded companies, presented in no particular order.

Amazon
Unless e-commerce giant Amazon.com (NASDAQ:AMZN) decides to spin off its leading cloud infrastructure segment, Amazon Web Services (AWS), I consider it to have the best chance of being the largest company by market cap in 2035. Amazon currently controls more than 40% of all online sales in the U.S., and it’s signed up 200 million people to Prime worldwide. The fees it collects from Prime memberships help to ensure it can undercut brick-and-mortar retailers on price.

As for AWS, it grew sales by 30% in 2020 (i.e., during the worst economic downturn in decades). AWS has a current run-rate of $54 billion in annual sales, meaning it alone could fetch a valuation north of $600 billion and still be valued cheaply within the cloud space. Because AWS generates considerably higher margins than retail, it’s Amazon’s key to a cash flow explosion in the years to come.

Although Microsoft is still generating plenty of cash flow from its legacy software and Windows operating system, the cloud is its future. Cloud infrastructure service Azure, along with enterprise and consumer cloud products across all of its core brands (Office, Dynamics, and Windows), can fuel sustainable double-digit or high single-digit growth for a long time to come.

Plus, Microsoft is loaded with cash, meaning it can use acquisitions as a means to boost its growth prospects and remain competitive.

Apple
Speaking of cash cows, I believe Apple (NASDAQ:AAPL) remains safely in the top 10, even if its growth rate were to taper a bit. Keep in mind that Apple generated nearly $100 billion in operating cash flow over the trailing 12 months, which means the company has an abundant cash pile to buy back its stock, pay dividends, reinvest in innovation, and make the occasional acquisition to bolster its product portfolio.

In the years to come, Tim Cook will continue to oversee Apple’s transition to a services company. Subscription services boast higher margins than most products Apple sells, and will help reduce the revenue lumpiness associated with tech replacement cycles.

Facebook
The social media space has proved especially fickle over the past 15 years, so there’s certainly the risk Facebook (NASDAQ:FB) won’t be one of the 10 largest companies by 2035. It could also be broken up by regulators, which would potentially remove it from consideration.

However, I chose to keep Facebook in the top 10 for two simple reasons. First, it had 44% of the world’s population visit one of its owned assets in the first quarter. This makes it unlikely that any social media company will unseat it in the eyes of advertisers anytime soon.

Second, Facebook has only monetized two of its four prized assets (its namesake site and Instagram). When it decides to meaningfully monetize WhatsApp and Facebook Messenger, it’ll enjoy a massive multiyear growth spurt.

Alphabet
As with Facebook, ad-driven operating models come with risks. Thankfully, Alphabet (NASDAQ:GOOGL)(NASDAQ:GOOG) has ancillary operations and history on its side.

In terms of ancillary businesses, streaming content provider YouTube has grown into a top-three social media destination, and cloud infrastructure service Google Cloud now has an annual run-rate of more than $16 billion. Eventually, Cloud is going to do for Alphabet what AWS has done (and will continue to do) for Amazon.

Meanwhile, Alphabet’s core business — its Google internet search engine — should benefit from long periods of economic expansion and the company’s insane global share of internet search, which has ranged from 91% to 93% for two years.

Airbnb
Perhaps the first big surprise is that I expect stay-and-hosting company Airbnb (NASDAQ:ABNB) to work its way into the top 10. That’s because Airbnb is disrupting both the hotel stay side of the industry as well as the travel side of the equation.

Airbnb has also been pushing its Experiences platform — i.e., adventures led by local experts. Nothing can stop Airbnb from entrenching itself further in vacation experiences. We’re witnessing the early innings of true leisure industry disruption.

Square
Fintech stock Square (NYSE:SQ) also has a very real opportunity to surpass PayPal over the next 14 years and work its way into the top 10.

Although Square should see steady growth from its seller ecosystem, the company’s primary driver will be peer-to-peer digital payments platform Cash App. In three years, Cash App’s monthly active user count has more than quintupled to 36 million. It’s been a more popular download than PayPal’s Venmo, and Square has been generating $41 in gross profit per user, compared to less than $5 in acquisition costs per user.

Square also completed the charter process to operate its own bank in March. This gives the company a full gamut of financial services it can offer in the high-margin digital banking space.

Visa
As of May 25, payment processing giant Visa (NYSE:V) was clinging the No. 10 spot with a $487 billion market cap, $3 billion ahead of JPMorgan Chase. I believe in 14 years it’ll still be clinging to a top-10 spot and likely pushing above a $1 trillion valuation.

Visa is a cyclical business, which is a simple way of saying that it does really well when the U.S. and global economy are expanding and it struggles a bit when recession arise. However, this is a numbers game Visa is well-prepared to play. Periods of expansion last significantly longer than contractions. What’s more, Visa isn’t a lender, which means it’s not required to set aside cash for delinquent loans when recession strike. Thus why it bounces back so quickly from economic contractions.

With a majority of the world’s transactions still conducted in cash, Visa’s growth runway extends decades into the future.

Berkshire Hathaway
In 14 years, it’s unlikely that Warren Buffett and Charlie Munger are going to be running Berkshire Hathaway (NYSE:BRK.A)(NYSE:BRK.B) or dictating its investments. Thankfully, Buffett has laid out a winning game plan for his successors that should result in continued growth.

Similar to the Visa growth thesis (Visa is one of Berkshire’s four-dozen holdings), most of Buffett’s investment portfolio is tied up in cyclical businesses. The Oracle of Omaha has always thrived on playing the numbers game and betting on multiyear periods of economic expansion. He also loves a good dividend stock, which is why Coca-Cola and American Express have been so valuable.

The wildcard here will be investment lieutenants Todd Combs and Ted Weschler. If they maintain Buffett’s long-term approach and avoid trying to time the market, Berkshire Hathaway should be one of the 10 largest stocks come 2035.

Sea Limited
A final surprise that could find its way into the top 10 is Singapore-based Sea Limited (NYSE:SE). A veritable no-name a couple of years ago, Sea has three extremely fast-growing businesses that could all help it reach a trillion-dollar valuation by 2035.

While mobile gaming is its primary generator of positive adjusted earnings before interest, taxes, depreciation, and amortization (EBITDA) for the time being, it’s e-commerce platform Shopee that’ll be Sea’s core sales and profit driver over the long run. “But what about Amazon?” you ask? Don’t fret. Sea is primarily focused on emerging markets where the middle class is still taking shape. Sea and Amazon can thrive in their own separate niches.

Sea also has a nascent mobile wallet segment that could provide financial solutions to largely underbanked regions of Southeastern Asia. It has all the tools needed to be one of the world’s largest companies.