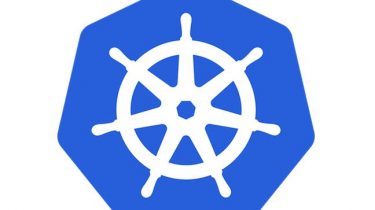 Pivotal has done a major turn in the direction of Kubernetes, announcing that its flagship PAS platform will run on the container orchestration platform.
The announcements come a month after the Dell/VMware backed firm got a roasting from investors over its tardiness embracing Kubernetes, after scaling back its financial forecasts.
The new services are not a reaction to that – CEO Rob Mee had flagged up the Kubernetes announcements during the earnings call. But it is notable that they are all dubbed “alpha” with general availability some ways off presumably.
The key announcement is “an alpha version of its flagship product, Pivotal Application Service, powered by Kubernetes”.
Advertisement
The blog announcing the product describes Kubernetes as “the new IAAS” and says “we’re embedding it into more parts of Pivotal technology”.
It goes on to say, “The alpha release is a proof-of-concept that supports the most important features of PAS, such as `cf push` for many buildpack-based apps, while running PAS app instances on Kubernetes.”
The releases offers app instances running as Kubernetes pods, and promises scaling to “at least 50 app instances”. Future objectives include support for different clouds, including AKS on Microsoft Azure and GKE on Google Cloud Platform, and the ability to deploy PAS on Kubernetes alongside existing PAS environments.
Pivotal also unveiled an alpha of Pivotal Build Service with support for Enterprise PKS, Pivotal and VMware’s Kubernetes product. Pivotal described it as “a declarative way to build an OCI-compatible container image from source code” which “picks up where the Dockerfile workflow leaves off”. Pivotal said the service will keep container images consistent and up to date, meaning “no more snowflake containers”.
The third product announcement is RabbitMQ for Kubernetes, which Pivotal said would “simplify the operational experience” of making the message broker available in Kubernetes environments.
Access to all the new services is by request only – which is probably just as well as they are alpha versions afterall.
They follow the launch of the company’s Pivotal Service Mesh in May, which brought Istio and Envoy to the Pivotal platform, also as an alpha programme.
Pivotal’s shares plunged almost 50 per cent last month, as it reported that despite a “solid Q1” some deals had slipped, and it issues financial forecasts that fell short of expectations. CEO Rob Mee had sought to gee up analysts by flagging up that it would be introducing PAS on Kubernetes, and saying this would increase its addressable market. Analysts, however, preferred to view Pivotal’s shift as rather late, and sent the company’s stock downwards as a result.
0 0 votes
Article Rating
Subscribe
Login